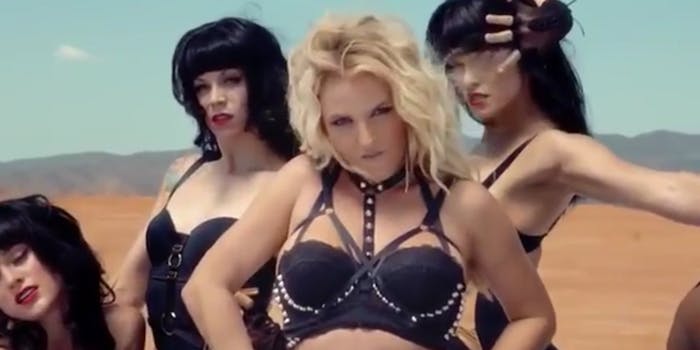 Britney Spears’s new single, “Work, Bitch,” was released last month; the video followed last week. It’s a minimalist dance track: Spears lists all the things a person might want (a hot body, a Maserati), and how to get them (“You better work, bitch”). It’s an ode to the American Dream, or maybe Marxism, disguised as a club anthem. (Ronan Farrow might have the best tweet about it yet.)

On Twitter yesterday, Spears and Breaking Bad’s Aaron Paul had an exchange about the video, which, naturally, led to a mashup, courtesy of What’s Trending.

@aaronpaul_8 Omg I can’t believe you tweeted me. I love watching your show. Huge fan and yes, we can dance anytime!

The parallels are sort of perfect, actually: The video takes place in the desert, and Spears’s refrain of “bitch” is subbed out for Paul’s many iterations. “It’s Britney, bitch” even finds a mirror in Walter White.