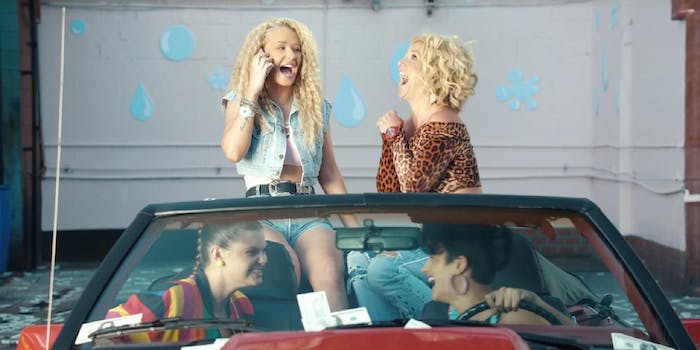 And it looks like it has the makings to be this year's song of the summer.

When news of an Iggy Azalea and Britney Spears collaboration first hit the Internet, fans of the singers went considerably nuts, especially when the song they were supposedly working on got leaked ahead of time.

Well, the video for “Pretty Girls” is now available for mass consumption, and it’s a giant mess. Let’s break it down.

The concept of the video—reportedly taking its cue from a sci-fi comedy set in the ’80s about a California teen making friends with three hairy aliens who came to Earth in a spaceship—features Iggy as an outer space chick with beehive hair and laser eyes. The valley girl is played by Brit, and for a while, you kind of dig how she looks, until her character gives Iggy’s a crimp makeover to match her own.

They then decide that it would be a great idea to blow dry their hair in a top-down Jeep. 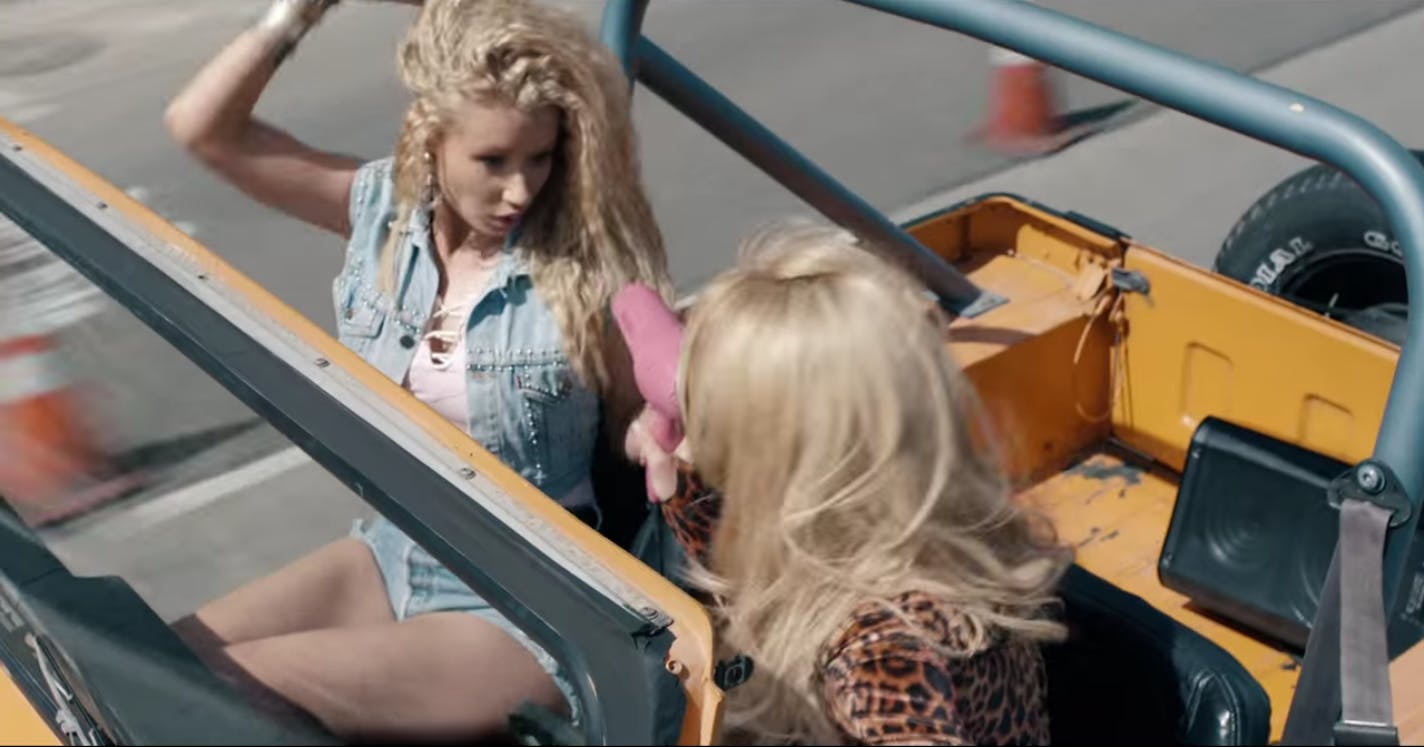 Once they arrive at the car wash and Brit starts body-groovin’, you eagerly await for her epic moves you know are bound to come because she’s Britney, bitch. All it does, however, is remind you that the “Baby One More Time” video came out in the late ’90s and the fact that this new sequence reminds you of that is kind of sad.

And then there’s some blatant product placement, in the form of a Samsung smartphone morphed from a broken throwback cell phone via laser eye magic. (Am I the only one who thinks an iPhone would have been more fitting?)

And as I play the video again and again to try and find a diamond moment in the rough, a kid approaches me to tell me she likes it, because “it sounds like ‘Fancy.’”

If “Pretty Girls” ends up being 2015’s song of the summer, then we now know why.