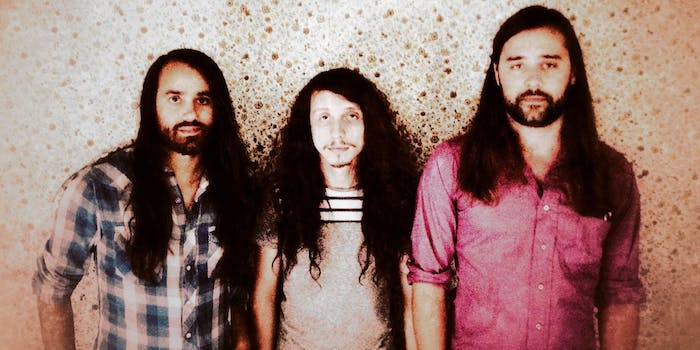 The Bright Light Social Hour: An evolution in song

In Spotify Essentials, the Daily Dot curates custom playlists created by some of our favorite artists and writers. In this installment, The Bright Light Social Hour shares the music that’s pushing the Austin indie band into bold new territory.

The unending rhythms of the road became our crucible of change.

Following the bawdy party-rock of our first record, we toured for nearly four years, growing increasingly restless with doing the same thing on repeat. As convivial as the nights-on-end could be, we found ourselves looking deeper, and the van stereo became the spot where we would forge the kind of music that would matter to us after the party.

Comfort and inspiration first came as we fell headlong into electronic music. The pulsing urgency and glittering neon of Kraftwerk’s “Tour de France” or Groof’s “Islands” felt autobiographical among the city-light swirl, mirroring in their stately, minimal repetition the never-ending miles of highway we managed to rack up. Countless imbibed mornings-after found us falling into the arms of more delicate music as well, whether getting lost in Beaches’ snaky lines of feedback-addled reverb or the bleary plush of Toro y Moi’s “Campo.”

We found solace in even stranger places, like the quaking cacophony of Coltrane’s “India” or the thundering, angular shards of Can. Most of all we came to admire fearlessness.

After listening to an audiobook of Miles Davis’s autobiography, we started on a marathon of his music that hasn’t yet subsided. Records like On the Corner encouraged us that dramatic transformations can be vital, important, and even necessary to keep going. Similarly, the Flaming Lips became heroes to us. How many would be so brave to nestle passages of wistful ‘70s soft rock among a record of bellowing sonic carnage as in their “Silver Trembling Hands”?