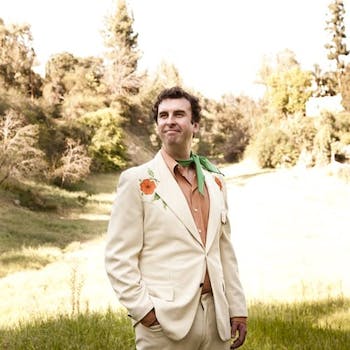 The Internet's a goldmine, not for money, for getting people out there," comedian Matt Braunger told the Daily Dot.

Matt Braunger is in the full flush of a successful comic career. A former cast member of MadTV, he recently released his second comedy album (Shovel Fighter), is a recurring guest on the network sitcom Up All Night and a panelist on Chelsea Lately. He’s also a cofounder of Bridgetown Comedy Festival, which is in its sixth year.

Braunger would come home every now and again and play Harvey’s, at the time Portland’s only comedy club. Having only one venue was restrictive. His friend Chantelle Hilton was a music promoter, so he asked her to set up some gigs for him at rock venues like the Town Lounge, a former mausoleum. The bands would go on at 10pm, so he would play the 8 o’clock slot with a couple of openers.

At one such show, his friend, comedian Andy Wood, broached the idea of setting up a festival in Portland and shortly thereafter, they set to it.

What Bridgetown offers is a tiered system where above-the-marquee types, mid-level comedians, and beginners can leverage each others’ knowledge and energy.

“We’re still a kind of mid-level festival, compared to the Just for Laughs-type colossus,” Braunger told the Daily Dot. “Those big festivals attract a lot of industry.”

Six years of festival experience has allowed Braunger and his partners to get smarter about that programming. Part of their toolkit is social media.

“You want to try to make it as good as it can and that’s the bottom line,” he said. “It gets more and more streamlined, and we take feedback from fans and comedians. During the festival people tweet the great performances they’ve seen and who killed it and we take it into account.”

But their programming is never a Twitter-based algorithm. The festival personnel, Braunger said, have a lot of experience.

“We trust our taste.”

As someone in mid-career, Braunger doesn’t need Twitter or a podcast to pull him up into the public eye. And when he began, social media wasn’t even really an option.

“Ten years ago, Twitter was one of those things I didn’t think it would become worldwide explosion, so I didn’t jump on it right away as a tool,” Braunger said. But it has become so.

“I try to make sure I put funny stuff on it every day, funny, interesting, or informative.”

He also did a podcast with comedian Matt Dwyer, MATTS Radio, and after a year, “Fine, done with that,” He’s recently started a new podcast for the Nerdist network, Ding-Donger with Matt Braunger, having recently recorded only the second episode.

“The market completely is saturated, so my podcast is once a week, 15 minutes. The hook is hitchhiking; I hop in, ride with you for a bit and I get out.”

Despite the oversaturation, Braunger said the explosion of social media for comedians is “nothing but good.”

“It shows you just keep having to work, and the cream rises, So long as you’re careful with what you’re putting out there, it’s OK. The Internet’s a goldmine, not for money, for getting people out there.”

Matt Braunger will appear in five shows over the course of the Bridgeport Comedy Festival.