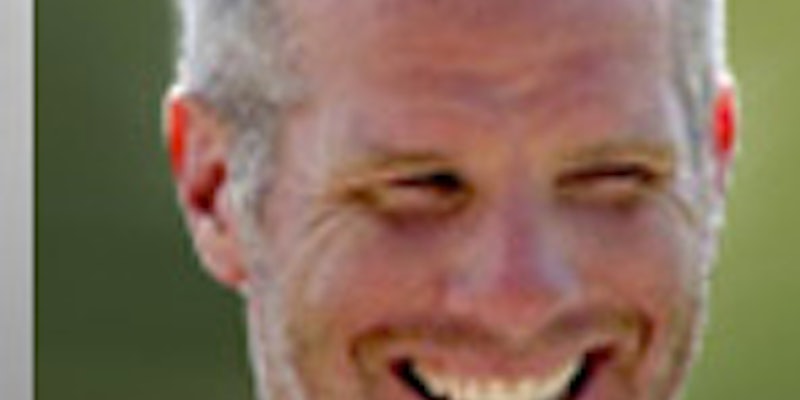 Legendary NFL quarterback Brett Favre has already dropped on the ball on Twitter.

Farve, who has a history of struggling with technology, has only been on Twitter since Friday. He’s already gained over 40,000 followers on the strength of his celebrity alone.

But late Monday night, Favre (or someone who works for him) made a rookie Twitter mistake. He changed his account’s username, an act that incurs two penalties: He lost his status as a verified account, and left his old username available for any opportunistic troll to take.

That is, of course, what immediately happened.

The troll’s account, @brettfavre4, began by playing it cool, acting as if the typist behind it was indeed the real Favre. But the account’s most recent tweets are slowly hinting at parody.

“Goodnight all my tweeter fans. Hopefully when I wake up, I have 1000 followers,” the account posted last night. That was followed by this message: “All of you guys are truly so nice. I read all the nice tweets you guys send me also.”

Of course, fans should be doubly suspect of that account, since its avatar is a still from one of Favre’s Wrangler Jeans commercials, rather than a personal photo.

Meanwhile, Favre’s actual account—the new @Favre4Official—has deleted all its previous tweets and now carries the tone of a PR firm.

“Hey Y’all-check out my Virtual Fan Network http://on.fb.me/AnEOKB#VFN #SportsCenter” reads one of its four tweets.

How long until Favre announces his retirement from Twitter altogether?