Brendan Jordan is the American Apparel model of our dreams.

When 15-year-old Brendan Jordan posed his way into our hearts in the background of a local news clip, it was only a matter of time before a brand got involved in supporting this budding star.

Now, Jordan is in an ad for American Apparel that shows him posing in an assortment of bright and playful outfits, along with a blurb about him that includes the company’s reason for featuring him.

We were inspired by Brendan after seeing his fearless act of spontaneity and applaud his efforts with the LGBTQ community. His favorite styles of ours include the Clear PVC Circle Skirt and anything high-waisted. 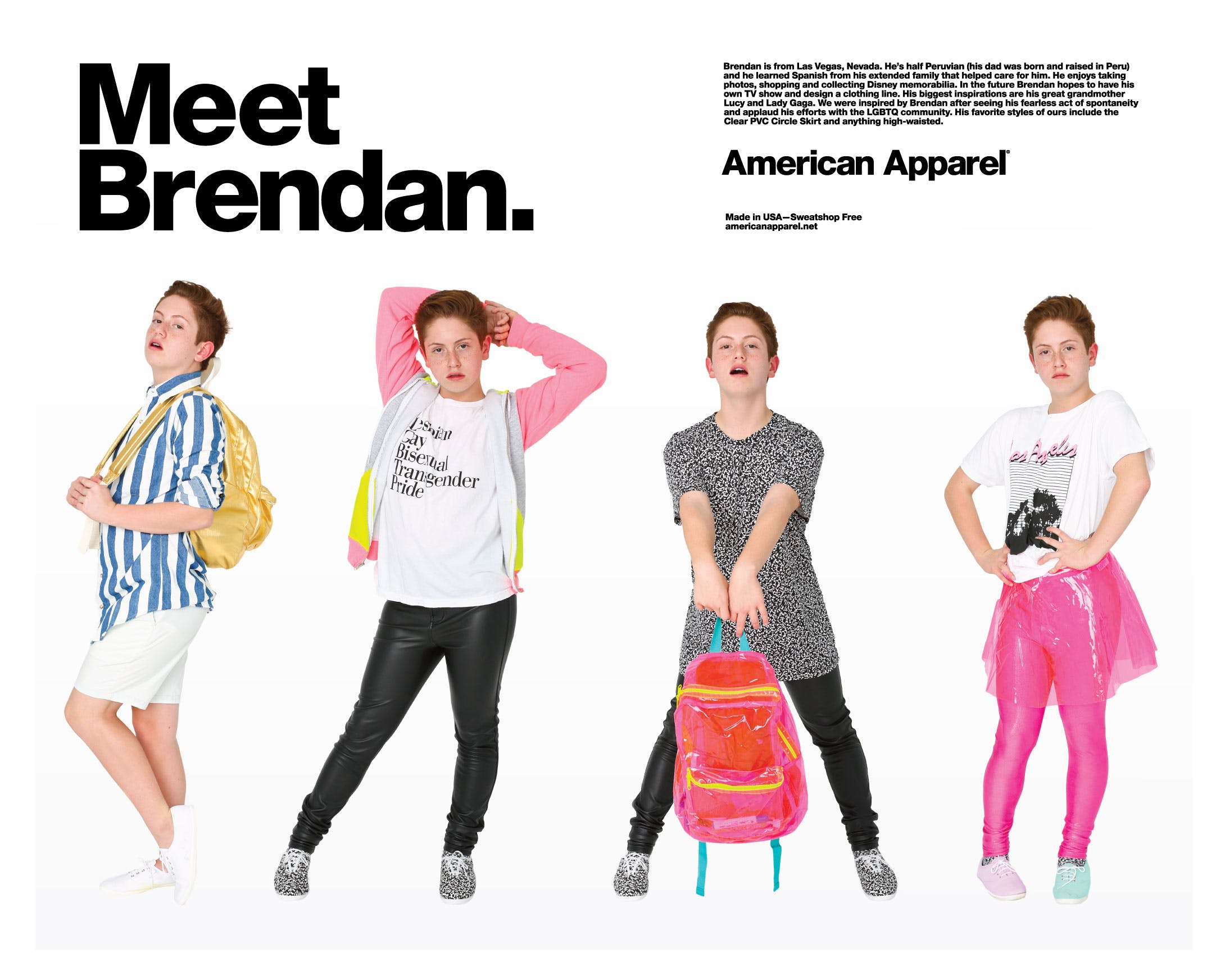 Jordan has amassed a large social media following since the video appeared in October, with his YouTube account gaining 49,441 followers, and his Twitter followers topping 36,000. On all his accounts he’s extremely frank. His first video he lets us know his Sugar Daddy is Jesus, shows off an impressive platform heel, and answers the question “are you gay?” with an exhausted eye roll.