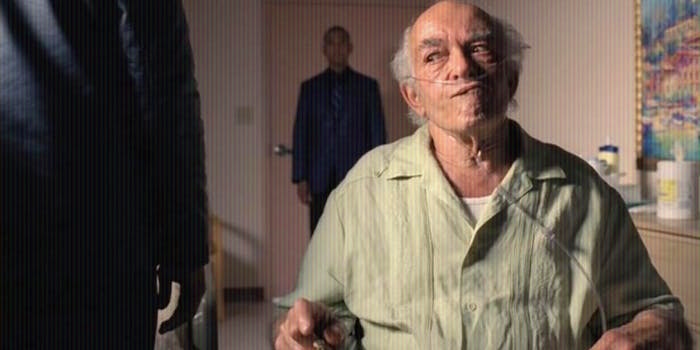 As if you needed a reason to rewatch Breaking Bad.

As if you needed a reason to rewatch Breaking Bad, a Reddit user covertly recorded his father as he watched the final scene of “Face Off,” the season 4 finale.

Just as the disabled drug kingpin Hector Salamanca plucks away at the bell on his wheelchair while meth lord Gus Fring stands in front of him, the camera pans down to reveal a bomb strapped to Salamanca’s chair. It explodes, and so does this redditor’s father. Look out for the noise he makes at 1:06.