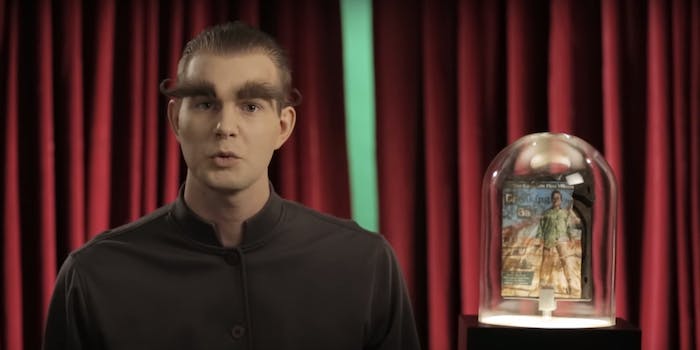 Breaking Bad has been over for more than two years, but in a new miniseries from Wisecrack’s Earthling Cinema, aliens are discovering the hit drama that practically consumed our lives for six years.

With Better Call Saul still on hiatus, Wisecrack host Garyx Wormuloid—a bonafide extraterrestrial being—is taking viewers through Breaking Bad one season at a time. He mostly focuses on the relationship between Walter White and Jesse Pinkman, and while he doesn’t understand some of the finer points, he’s got Walt nailed down pretty accurately—and well before most of us turned against him.

With three installments out so far, Wormuloid learns a few things along the way, such as how Walt would probably react to his eyebrows, the finer points of running a small business (no matter how deadly), and how Walt and Hank Schrader’s journeys mirror each other, with their actions setting them apart.

We can’t wait to see how he handles “Ozymandias.”

Many of YouTube‘s TV and film buffs are getting into the Breaking Bad spirit, like the Film Theorists’ take on the final scene of the show: did Walter White really die as everyone wants us to believe?