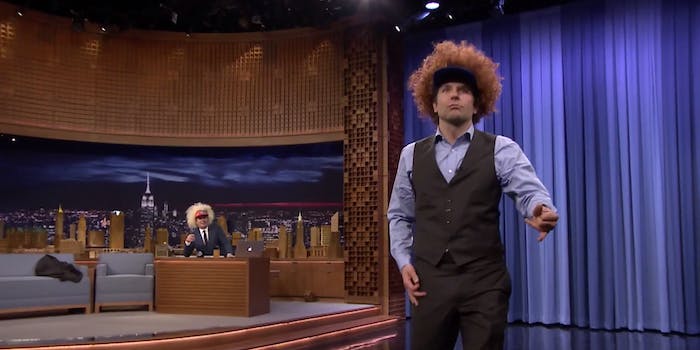 He's probably been prepping for this moment for years.

When all else fails, just bust out a guitar solo.

While many of us may have strummed out on air guitars at one point or another, Bradley Cooper’s perfected his performance over time. And with years as a successful actor under his belt, he finally got the opportunity to break it out during an appearance on the Tonight Show.

What could’ve turned into downright shenanigans was more low-key than usual. Celebrating Cooper’s birthday, he and Jimmy Fallon donned silly hats and chatted. Instead of putting him through the ringer with an involved variety game, Fallon just sat back and let him do his thing to Neil Young.

He’s even awkwardly playing with his crotch in someone’s face. There’s embracing the rockstar.