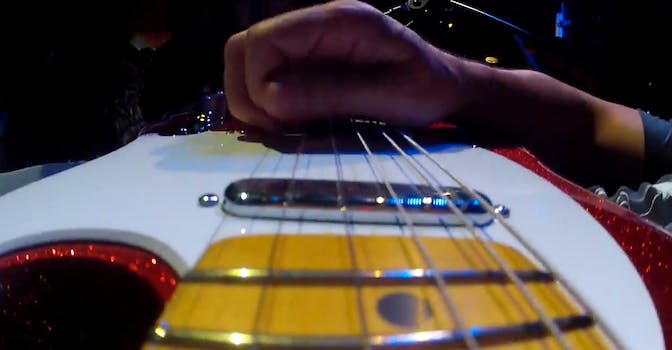 Brad Paisley grabbed a fan’s GoPro during a guitar solo. Here’s what he did with it.

Brad Paisley knows how to make the Internet go haywire: take two topics that go great online and smack them on top of a celebrity selfie.

Last week, the West Virginia country gawd stepped outside a concert in Kansas to snap a (thoroughly documented) selfie with the Westboro Baptist Church. Turns out he’d already been up to a few Internet-ready tricks.

The night before, jamming out 12-bar blues with his backing band at Joe’s Bar in Chicago, Paisley spotted a guy holding a GoPro in the crowd, got up in front of him, and grabbed the camera so he could use it as a slide.

“It was the perfect storm because I happened to not have my case on my GoPro,” says guitarist Mike Perlof, the GoPro’s owner. “[That] would have made it nearly impossible to play slide guitar with … at that angle that Brad caught.”

Not to mention passing the camera back without skipping a single note.