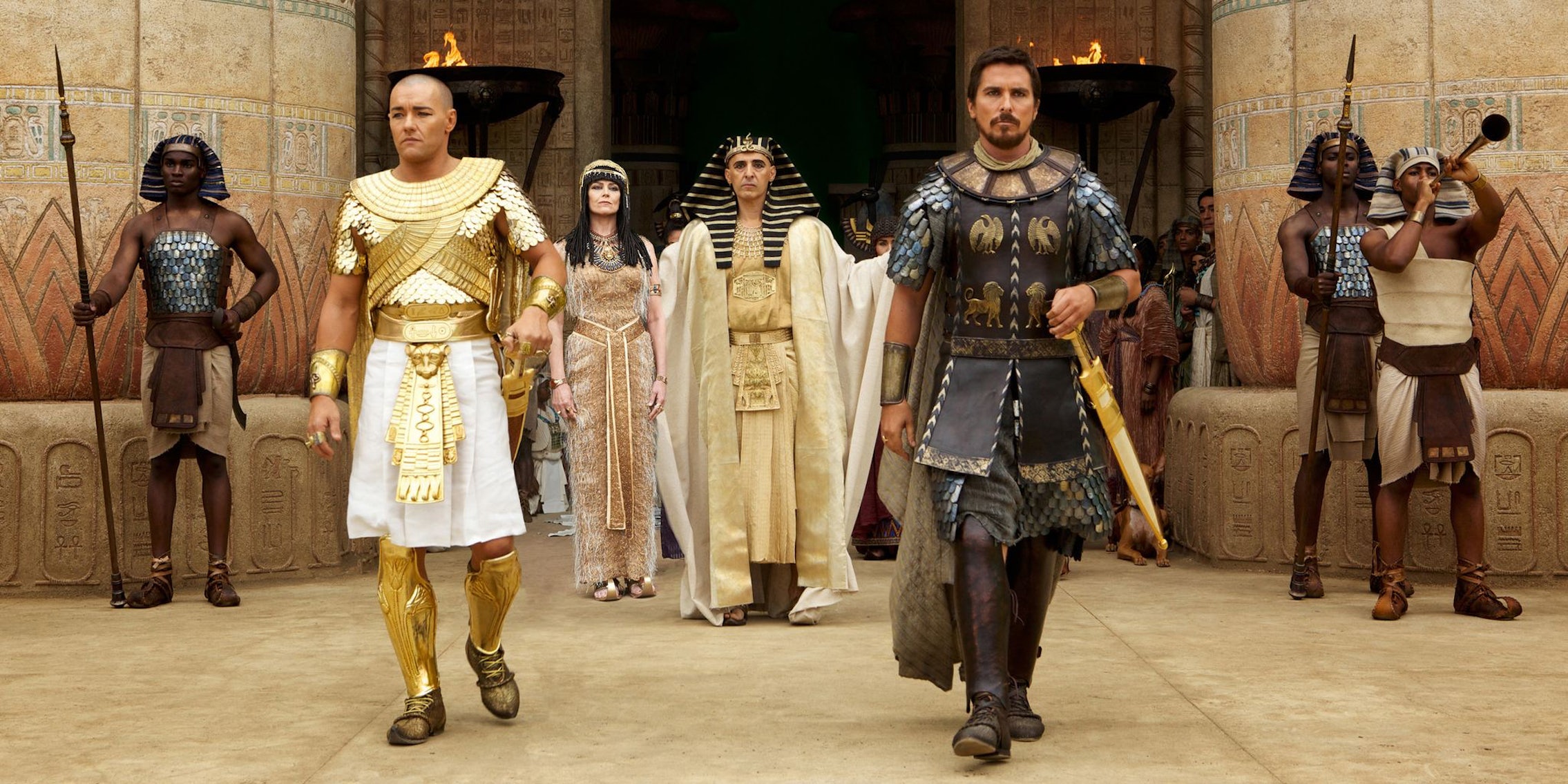 Remember when Noah’s screenwriter explained that everyone in his movie was white because it was “mythical,” and because white people are apparently universal stand-ins for the human race?

Yes, it was a pretty weak excuse. But Exodus: Gods and Kings looks a lot worse, since it actually is set during a specific historical time period, and yet still includes an impressive number of white American and British actors playing Egyptian and Israelite characters.

Directed by Ridley Scott, Exodus: Gods and Kings stars Christian Bale as Moses, Joel Edgerton as Rhamses, and Aaron Paul as Joshua. John Turturro and Sigourney Weaver have supporting roles as Seti and Tuya, another king and queen of Egypt. This fits in with Hollywood’s grand tradition of arbitrarily casting white actors to play people of color, which was a particular feature of classic “swords and sandals” epics like The Ten Commandments.

Don’tcha love how the guards are black. RT @BlackAfrican_: what’s wrong with this image? #boycottexodusmovie pic.twitter.com/0QDV83nL4e

To get an idea of what this casting implies, try to imagine the outcry if a major Hollywood studio released a King Arthur film starring Idris Elba, John Cho, and Lucy Liu, with only one or two of the knights of the Round Table being played by white actors.

Except even that isn’t a fully accurate comparison, because disgruntled viewers would still have the option of watching one of the many other King Arthur adaptations already in existence. In the context of Exodus, not only are people of color being erased and replaced by the likes of Aaron Paul and Christian Bale, but it’s also virtually impossible to find a similar type of epic historical movie that stars realistic actors in the lead roles.

The A.V. Club has already described Exodus as “a whitewashed Prince of Egypt,” and many film fans are pointing out that in 2014, there is really no excuse for this type of casting. That’s where the #BoycottExodusMovie hashtag comes in.

#BoycottExodusMovie A whole movie about “Egyptians” but the whole cast is white.. Except the slaves. Smdh.

#BoycottExodusMovie because I’m sick of white appropriation and the blatant erasure of POC’s history.

It will be interesting to see if, as with Noah, one of the filmmakers of Exodus: Gods and Kings comes forward to discuss the issue. If they do decide to comment, then look out for some of the following phrases: “best actor for the job,” “more fantasy than history,” “ancient Egyptians were pale-skinned,” and of course the old classic: “This is meant to be a universal story.”