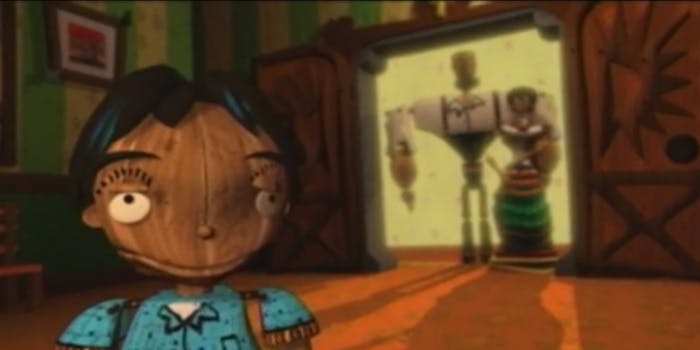 The big-screen adaptation of The Book of Life is a visually stunning masterpiece of a film. From the intricately designed Manolo Sanchez and Maria, to the breathtaking settings and background scenery, director Jorge R. Gutierrez knew exactly what he was doing when he helmed the film.

Now, a very early project of Gutierrez’s proves why he was the right man for the project.

Carmelo , an eight-minute short film produced in 2000, was created by Gutierrez during his time as a student—yes, a student—at CalArts. Just as beautifully designed as The Book of Life, Carmelo tells the story of a young boy who learns about his master matador father, Carmelo.

Carmelo won Gutierrez accolades through his school when it was awarded the Student Emmy award for Animation. Additionally, it was circulated through several film festivals that same year, including Cannes.

It goes without saying that Gutierrez is poised to become one of this generation’s next great animators—perhaps to a level that is on par with such heavyweights as Hayao Miyazaki, Chuck Jones, and Tim Burton.