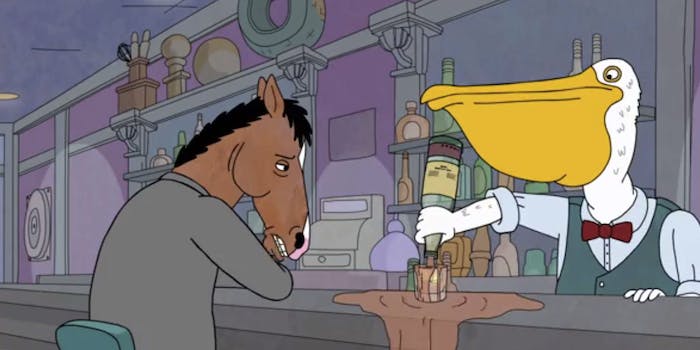 The trailer for season 2 of ‘BoJack Horseman’ is here

Fans, flock to your televisions.

It’s time to take another dip in a pool of drugs, depression, and anthropomorphic animals that talk.

The trailer for the second season of original Netflix series BoJack Horseman is out, and it only promises more of the same antics that its fans love. The show was renewed less than a week after the first season debuted in 2014, and this newly released trailer proves there’s plenty more comedy to be found in the show’s surreal universe.

The new season debuts on Netflix on July 17.