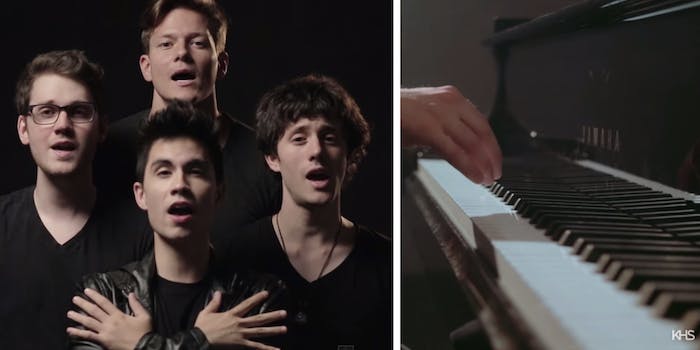 It takes a lot of guts to cover a classic like “Bohemian Rhapsody,” but Kurt Hugo Schneider has guts to spare.

Schneider, who’s made a name for himself on YouTube with inventive covers and musical moments, brought together a who’s-who of YouTube talents for the Queen number, which pays direct homage to iconic Queen imagery.

Schneider brought together a stable of his frequent collaborators, including Sam Tsui, Tyler Ward, and Madilyn Bailey, but the mastermind behind the project was YouTube musician Alex Goot.

“Goot and Live Like Us put in so much work to make this happen and they did such a great job producing the audio for this,” Schneider wrote in the video’s description. “The final mix includes 419 tracks of audio, with over 300 for JUST vocals. There are no samples in this recording. The music you hear was 100% re-created and for that the credit goes to Goot.”