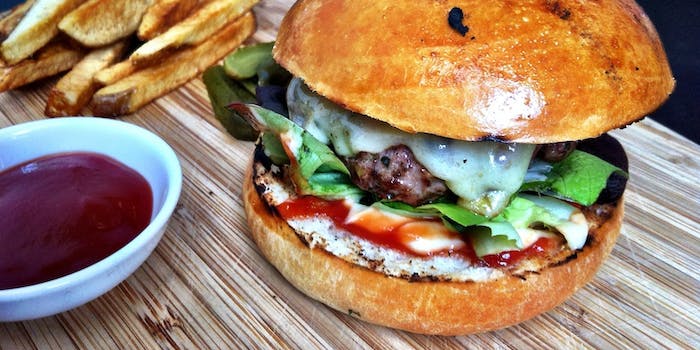 Fans will soon be able to eat ‘Bob’s Burgers’

The 'Bob's Burgers'-themed cookbook of your dreams is here.

Fox’s popular animated series Bob’s Burgers and a mega-fan blogger have a life-changing announcement: the Bob’s Burgers cookbook of your dreams is on the way.

The culinary genius, Cole Bowden, launched the Bob’s Burger Experiment blog in response to the comedy series as a college student, oblivious to basic cooking do’s and dont’s. The humorous series focuses on the Belcher family-owned burger joint, each episode revealing a deliciously named burger, and viewers will soon be able to try them in real life thanks to Bowden.

The creator of the cartoon comedy, Loren Bouchard, and Bowden will team up to create the much-anticipated cookbook, according to NPR’s The Salt. Bouchard will produce the artwork while Bowden will cook up the real meat of the story.

After two years of curating the mouth-watering burger blog, creations like the “Blondes Have More Fun-Gus Burger” will have uniquely printed recipes. Or for you kinky burger lovers, the Foot Feta-Ish Burger can be a reality.

“The work he has done deserves to be printed and bound and put up on a shelf somewhere,” Bouchard told The Salt. “He’s done so much culinary heavy lifting, we wouldn’t do it without Cole.”

Thanks to both Bouchard’s literary creativity and Bowdens savory brilliance, Bob’s Burgers fanatics will fatten up on the “I Know Why The Cajun Burger Sings” and tons more burger experiments.