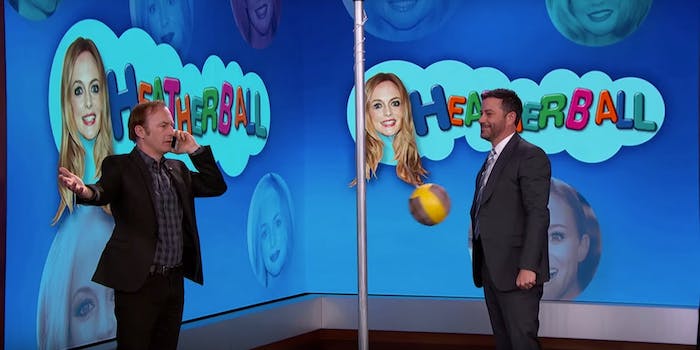 Can you blame him?

Playing a variety game on a late-night talk show is a small price for celebrities to pay in order to promote their work, and while some people will gladly perform or reluctantly do it, others aren’t standing for it anymore.

Bob Odenkirk did not agree to play games with Jimmy Kimmel, and despite having his publicist tell Kimmel’s people he didn’t want to do it, Kimmel tried to engage him in a game of Heatherball (tetherball, but with Heather Graham’s face). He protested in a scenario that—like pretty much anything involving celebrities—was probably scripted and pre-planned, but Kimmel kept insisting. After all, his crew worked so hard on the set.

Even by protesting, you’re still playing a game that’ll result in mild embarrassment and endearment from the crowd.