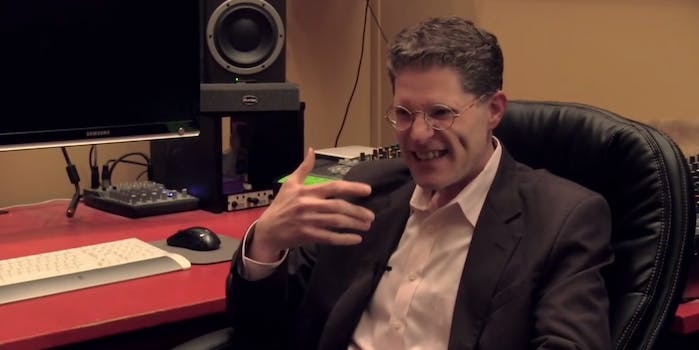 And that's all, folks.

A magician might never reveal his tricks, but one voice actor is willing to break down the process of voicing one of animation’s most iconic characters.

Granted, Bob Bergen didn’t create the voice of Porky Pig—Joe Dougherty, who actually had a stutter, and later Mel Blanc, made it a Looney Tunes staple—but in a clip from the documentary I Know That Voice, he demonstrates and deconstructs what makes Porky’s voice Porky’s, and how he went from being the butt of jokes to a more “heroic figure.”

It’s not as easy as it looks, especially when Bergen strings it all together in a sentence.

Bergen has been voicing Porky since 1990, so he’s got the character down solid. And despite how much we try, we still probably won’t get it as good as him.

And that’s all, folks.