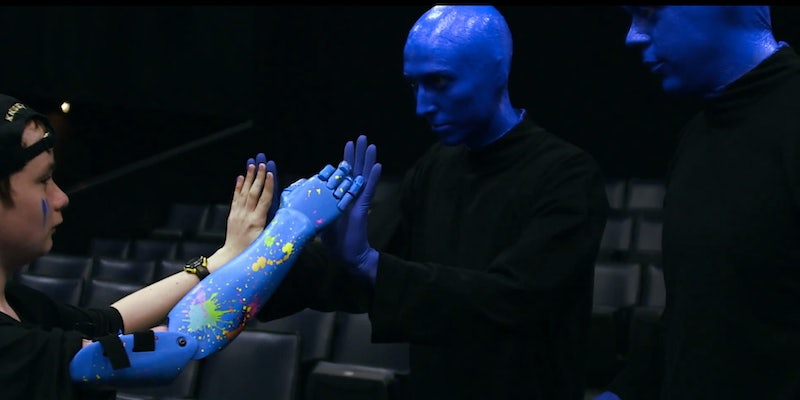 The 3D-printed limb will make you cry.

One Blue Man Group fan got a very special robotic arm, delivered by his idols.

Wyatt thought his mom had won him a backstage tour, but instead he got a special delivery from the group, who brought him a specially themed robotic arm created by Limbitless, which uses 3D-printing technology to create appendages. Wyatt’s arm is, of course, blue, and complete with bright paint splatters.

Just try to hold back the tears as Wyatt gets to meet the group, go on stage, and try out his new arm for the first time.