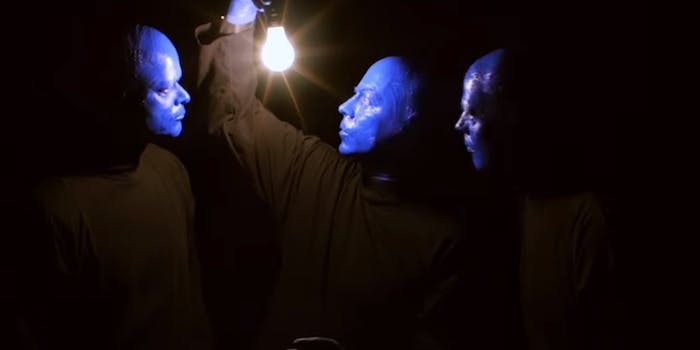 For Autism Awareness Month, a pledge to 'Light It Up Blue.'

Autism Awareness Month is in April and a theatrical trio wants to help spread the word about the condition. The Blue Man Group is partnering with Autism Speaks in an effort to help “Light It Up Blue” around the world next month on Autism Awareness Day.

Autism Speaks posted a video of the group on its YouTube page Monday. The video shows the three mimical blue men plugging up blue light bulbs. The video encourages viewers to join the pledge and wear blue on Autism Awareness Day, April 2. Companies and institutions participating in the pledge will shine blue lighting on their buildings to support the cause. Hundreds of organizations have participated worldwide.

Light It Up Blue started in 2010 in order to spread international awareness about the still-ambiguous condition.