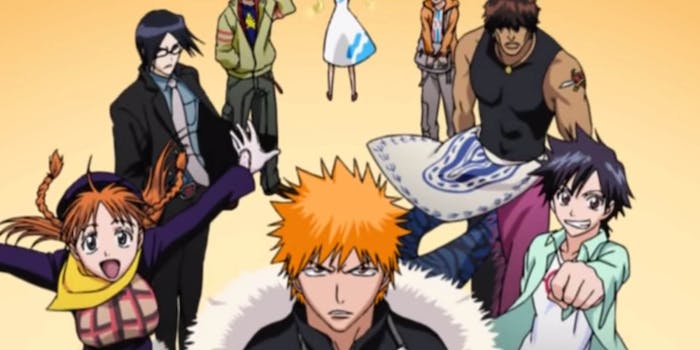 ‘Bleach,’ a pillar of 2000s anime, will return from cancelation

Early this morning, it was confirmed that the anime adaptation of the manga series Bleach will be returning. Bleach’s original anime run was canceled in 2012. The new adaptation will pick up where the previous left off and will animate the “Thousand-Year Blood War” arc of the story.

It’s unclear where in the U.S. the series will stream.

The manga magazine Shonen Jump was previously known for its “Big Three” series. They were Eiichiro Oda’s One Piece, Masashi Kishimoto’s Naruto, and Tite Kubo’s Bleach. While One Piece is still going strong at 972 chapters and Naruto has a sequel series in Shonen Jump, Bleach’s finale was a bit more lackluster.

After years of declining readership popularity, Bleach ended its manga run in a tepidly received manner that was necessitated due to Kubo’s health concerns. However, the true tragedy for fans of Bleach came through the anime adaptation. While the manga did receive a somewhat proper ending, the anime sort of just stopped at episode 366 before the story’s final narrative arc.

The definitive work on Bleach’s decline has already been written by YouTuber Super Eyepatch Wolf. In his viral video essay, John “Eyepatch Wolf” Walsh details the rocky road that Bleach faced as it stretched into its second decade. From tension with the Shonen Jump editorial staff to Kubo’s health issues, things were not going well and the result was an unceremonious end to the anime adaptation.

Now, a continuation of where the original Bleach anime left off has been revealed to be in the works. Although much the original fanbase for Bleach has quite literally grown up and can see the flaws in the series, the fandom is collectively freaking out over the prospect of getting some closure with the anime.

The good news doesn’t stop there for Kubo. It was also confirmed in the same announcement that his one-shot manga, Burn The Witch, would be receiving an anime adaptation as well as a full manga series order.