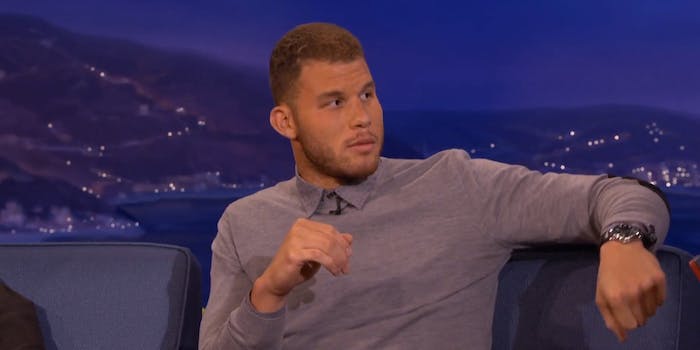 Donald Sterling once paraded Blake Griffin around a ‘white party’

Reading it is one thing. Hearing it is another.

Reading Blake Griffin’s experience of going to one of former Clippers owner Donald Sterling’s parties is one thing. Hearing him talk about it is quite another.

Sterling held an annual “white party” at his Malibu mansion every year, and Griffin recounted to Conan O’Brien his first experience at one as a fresh-faced 20-year-old transplant to Los Angeles after he was drafted by the Clippers. Everyone was required to dress in white from head to toe. Sterling, as the host, wore all black.

Now that Sterling is no longer the owner, Griffin can laugh about the awkward time he was paraded around to everyone in attendance as the team’s huge prospect. And old and overused Clippy jokes aside, the players seem much happier with former Microsoft CEO Steve Ballmer owning the team now.