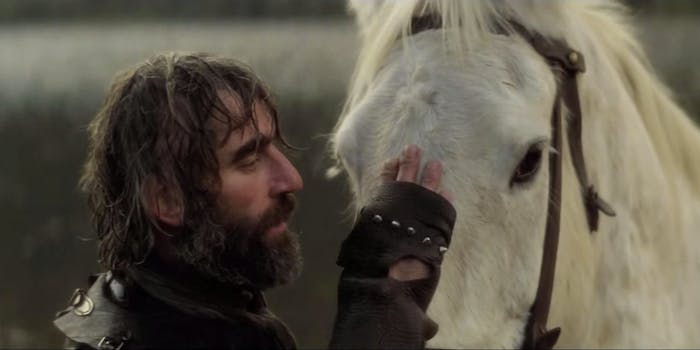 Lost short film that played before ‘Empire Strikes Back’ found

After 35 years, this influential footnote turns up on YouTube.

If you caught the original theatrical run of The Empire Strikes Back in the United Kingdom, Australia, or Scandinavia, then you saw Roger Christian’s directorial debut, Black Angel, play before the film. George Lucas was interested in having a short film play before Empire, and he liked the story that Christian—who was the set decorator on Star Wars—had written so much that he agreed to back the project on the spot, giving him a budget of £25,000.

Due to its nature as a short film, it never saw any form of home distribution—despite an enthusiastic reception—and it faded into obscurity. The original negative was thought to be forever lost, in fact, until an archivist at Universal Studios came across it in late 2011. It played very favorably at a couple of film festivals last year, and now you can see the entire just-over-20-minute film (complete with an intro from Christian) on YouTube. For a film that was lost for 34 years, they’ve cleaned it up incredibly well. It looks amazing:

Christian claims that he was heavily inspired by Russion director Andrei Tarkovsky while shooting Black Angel, but Angel itself proved to be quite an inspiration in turn: A fight scene in which Christian employed a technique known as “step printing” is responsible for the slowed down, trippy feel of this scene in Empire Strikes Back.