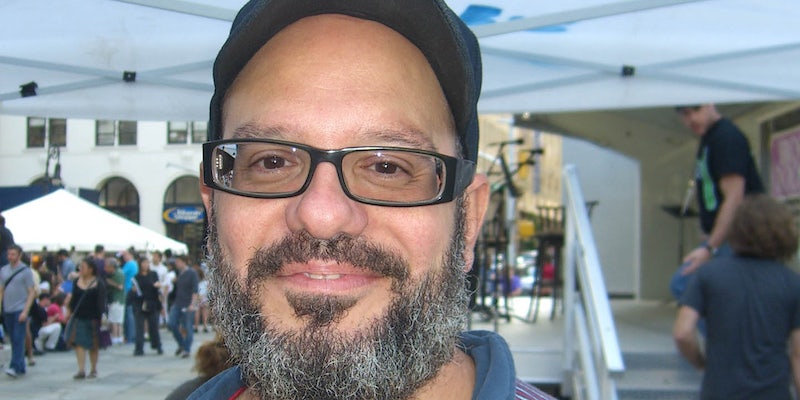 Cross's directorial debut gets the pay-what-you-want treatment online and theatrically.

Torrents are widely synonymous with piracy. When BitTorrent Chief Content Officer Matt Mason reached out to Sony Pictures to aid the studio in releasing The Interview, a lot of people assumed he was trolling. But the platform—which allows torrent files to be placed behind paywalls—seems to have caught the fancy of David Cross, who has decided to use it to release his feature directorial debut, Hits. As Cross states on a Kickstarter page for the film:

“We went to Sundance and while we received offers from some great distributors, their plans with the film were a little lackluster… so we decided to release it ourselves in an unusual way, as an experiment! We’re launching it nationally in theaters and on BitTorrent as a Pay What You Want release! It will be on iTunes and other platforms but they will be more traditionally priced.”

After Sony’s snub, Hits will have the distinction of being the first feature film released via BitTorrent Bundle. Last September, Thom Yorke made waves by releasing his solo album, Tomorrow’s Modern Boxes, over the service, also opting to let downloaders choose what they paid (although BT Bundle also allows artists to set fixed prices). Drafthouse Films has also been friendly with the service, having released behind-the-scenes bundles for The Act of Killing and Cheap Thrills (but no feature films—yet).

As interesting as Cross’s online strategy may be for Hits, the theatrical approach is no slouch, either. The Kickstarter page is aiming to raise $100,000 to rent theaters in 50 markets so that Cross can allow attendees to set their own ticket prices. Yes—as if allowing fans to pick their own digital prices isn’t groundbreaking enough—he’s also bringing the concept into the physical realm. Arguably, though, the coolest info on the Kickstarter page may be its confirmation of new Mr. Show material.

At this point, releases over BitTorrent Bundle are still too few in number to confirm it as a viable platform, but Sony may have been wise to take Matt Mason up on his offer: While The Interview has been pirated like crazy (with Sony estimating it’s been pirated as much as it’s been paid for), Stereogum estimated (albeit very generously) that Yorke pocketed $20 million on the release of Tomorrow’s Modern Boxes.