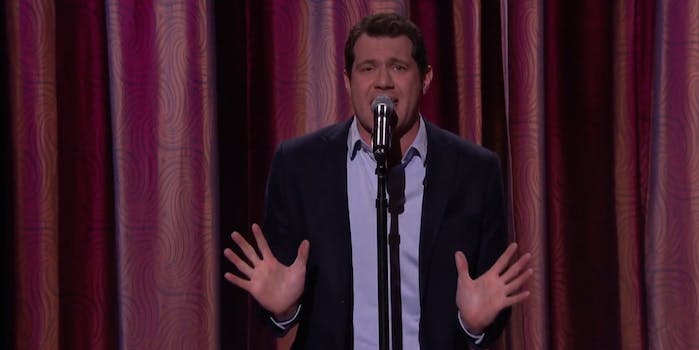 Here's some more inspiration for you, Taylor Swift.

Billy Eichner has a song in his heart just for Taylor Swift.

The comedian is apparently a big enough Swiftie that he’s been inspired by Swift herself to write a song for her. She’s covering the most important thing out there right now, Eichner told Conan O’Brien: “What happens when your boyfriend doesn’t text you back.”

Eichner already made Swift a video for “Glitter and Ribs,” but since she has yet to perform it herself, he ended up going the peer-pressure route instead—courtesy of a live performance. You can easily hear the passion in his voice.

If the song sounds familiar, that’s because it’s not entirely new. Eichner really did make a music video for “Glitter and Ribs” for Funny Or Die last July; you can buy the song on iTunes. Even if Swift never produces the song, at least we’ll always have Eichner’s version.