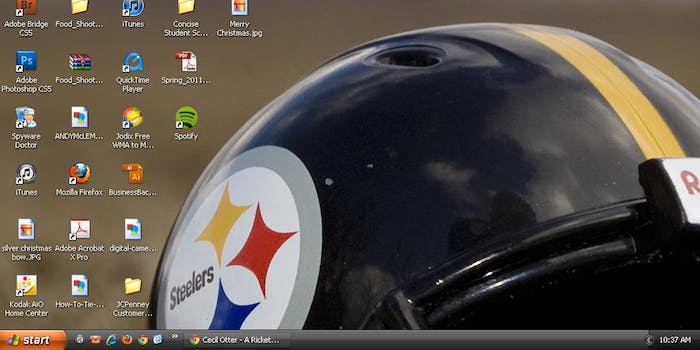 Yahoo counted nearly 34 million livestreams for two of the smaller-profile teams in the NFL.

The NFL made history on Sunday when the league provided a livestream of the Bills-Jaguars game from London. Aside from the Buffalo and Jacksonville TV markets, streaming the contest on Yahoo was the only way most football fans could watch it.

Turns out, 33.6 million people tuned in online, and the NFL believes that makes the Jaguars’ 34-31 win the most livestreamed sporting event in U.S. history.

“We are incredibly excited by the fact that we took a game that would have been viewed by a relatively limited television audience in the United States, and by distributing it digitally were able to attract a global audience of over 15 million viewers,” said Hans Schroeder, the NFL’s senior vice president of media strategy, business development, and sales, via The Hollywood Reporter.

As Sports Business Daily points out, Yahoo recorded 15.2 million unique viewers to go with their livestreams, and 460 million total minutes of video were watched by the public. (For the record, a stream was counted as such if at least three seconds of the game were watched, which likely was helped by the fact that the game was on autoplay for anybody who logged onto Yahoo.) Yahoo said said that more than 33 percent of the streams came from international users across 185 different countries.

Yahoo reportedly had guaranteed advertisers that it would produce at least 3.5 million streams. It’s easy, then, to imagine that Yahoo’s advertisers were quite pleased with the final numbers, especially since the Bills and the Jaguars are not exactly high-profile teams and, since the game was played in London, it began much earlier than usual (about 9:30am ET).

“We’re seeing a dramatic shift in the industry as audiences’ primary video watching moves away from TV,” Adam Cahan, Yahoo’s senior vice president of product and engineering, said in a statement. “We were thrilled to join the NFL in setting a new standard for sports programming for our users and advertisers.”

Expect to see more of this kind of livestreaming from the NFL. Probably much more.