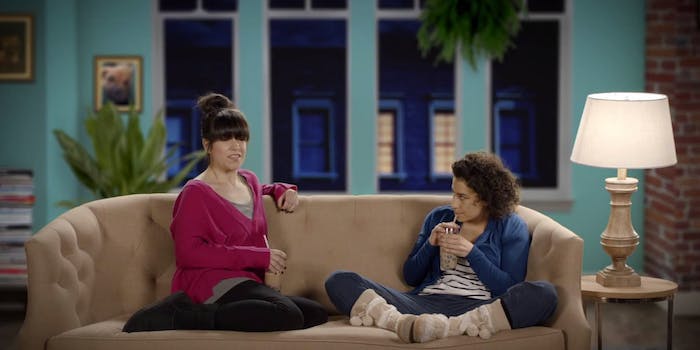 You're gonna get that apricot puggle.

Bill Nye has been everywhere lately, and his latest stop is Tuesday night’s episode of Inside Amy Schumer.

Nye is appearing on the show to explain that the universe isn’t an awe-inspiring “chaotic collection of matter,” but rather a sentient being that functions as a direct line to white women in their twenties and their insignificant problems.

It is, Nye says, a “giant dream board on which women pin their wishes.”

The ladies of Broad City also make a cameo to show how the universe will reward you with an apricot puggle if you just put it out there. Nye, however, has other thoughts.