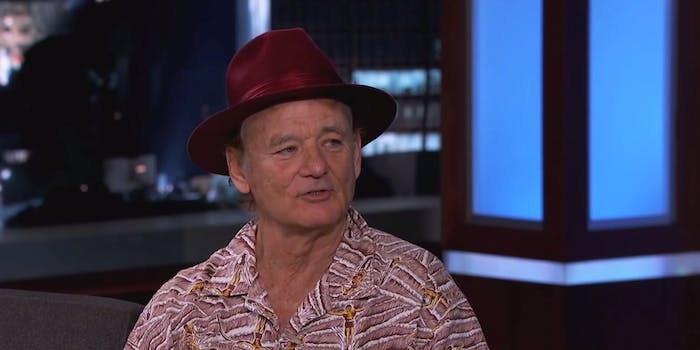 And he quickly finds a match.

Tinder is ripe for novelty accounts, but one of the America’s biggest tricksters hasn’t gotten his hands on it. At least not yet.

Actor and resident party crasher Bill Murray has actually heard of the app, he tells Jimmy Kimmel, so it’s not yet another example of “late-night talk show host introduces celebrity to modern technology.” Murray’s ahead of the game and put some thought into whether or not he would use it for himself.

“I think it could be amusing,” he said.

He doesn’t even need the app before he finds his first match, but using Tinder to spring up on people at random seems more his style anyway.