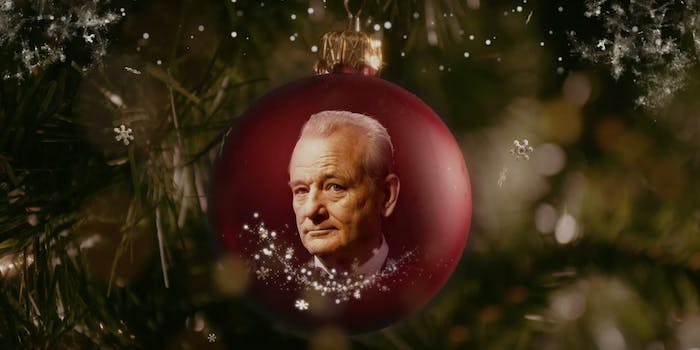 Get in the Christmas spirit, just in time for Halloween.

If you weren’t looking forward to the holiday season yet, that’s about to change.

The special takes place in New York’s Carlyle hotel, where Murray is supposed to be putting on a live Christmas broadcast. But, according to the YouTube description, “After a blizzard shuts down the production, he makes the best of the situation by singing and celebrating with friends, hotel employees and anyone else who drops by.”