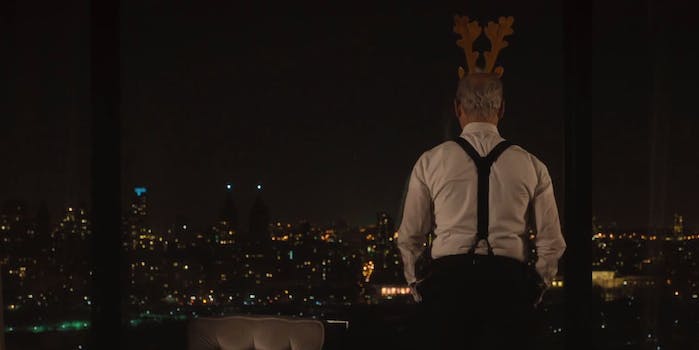 A Bill Murray Christmas special is headed to Netflix

Christmas just came early, and it brought Bill Murray with it.

Netflix announced on Friday that A Very Murray Christmas will air in December, and if the wide shot in the teaser trailer looks familiar, it’s because Murray’s teaming up once again with Lost in Translation director Sofia Coppola.

According to Netflix, A Very Murray Christmas will be an “homage to the classic variety show featuring Bill Murray playing himself, as he worries no one will show up to his TV show due to a terrible snow storm in New York City. Through luck and perseverance, guests arrive at the Carlyle hotel to help him; dancing and singing in holiday spirit.” Those guests are rumored to include Amy Poehler, Chris Rock, Miley Cyrus, and George Clooney.

I mean, the look on his face says it all.