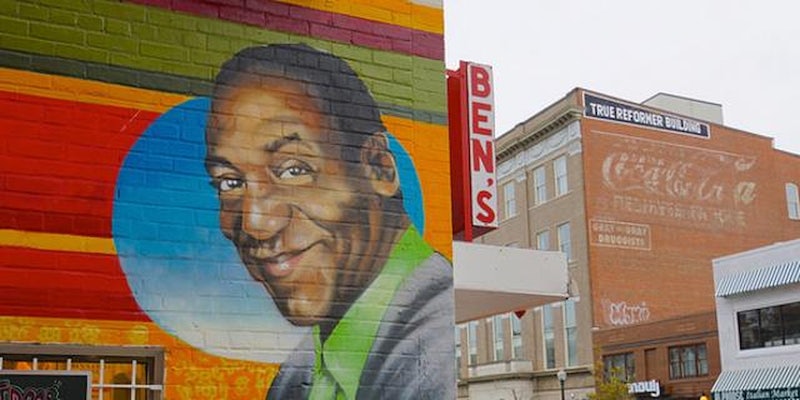 Bill Cosby has faced a steady stream of rape allegations over the last few months, but he’s still continued to do standup. This has led to some protests from audience members and unfortunate jokes by Cosby. During a Thursday show in Ontario, he told one woman leaving her seat to get a drink, “You have to be careful about drinking around me.”

Friday night at his final Ontario show in Hamilton, Cosby faced a chorus.

#BillCosby called out by some 20 women in the audience at his show tonight in #Hamilton, ON. Raw video: https://t.co/eJ36ABDNKm

"We believe the women" several protesters shouting in the crowd. Holding signs. Have been escorted out by cops. #cosby

A three-minute video posted by Peter Kim of Global News Toronto shows Cosby on stage at the beginning of his set as roughly 20-30 audience members chanted, “We believe the women.” Other audience members screamed, “We love you, Bill.” That was followed up by a man calling Cosby a rapist.

Calls for the police to eject hecklers were shut down by Cosby, who instead called for calm. Hecklers were eventually escorted out of the venue.

"When I come back, God willing, 2 years from now, the people who are outside, will be inside (as fans)," Cosby said, referring to protesters

People entering the show were allegedly given warnings that they were not to heckle or disrupt the performance, or record it.

Staff handing this out to people entering theatre in hamilton for bill Cosby #cosby pic.twitter.com/UlOrz1R58o

According to the Hollywood Reporter, Cosby ended the show by asking the remaining audience to “take what has been a wonderful time and let us hold no enemies anywhere.” Cosby released a statement after his Jan. 8 show saying he was “far from finished.”