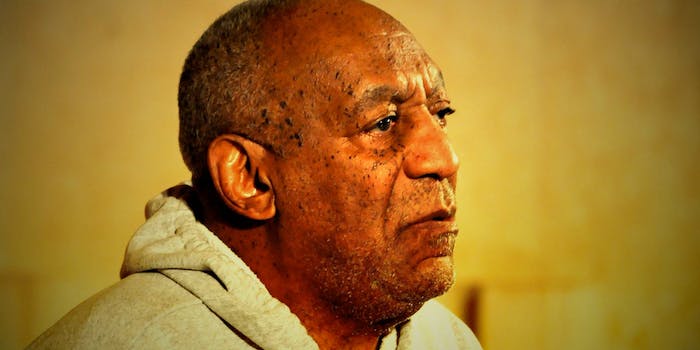 Cosby will finally face an accuser in court.

Bill Cosby has been ordered to stand trial in a 12-year-old sex-assault case.

The comedian arrived Tuesday at the Montgomery County Courthouse in Norristown, Pennsylvania, after Judge Elizabeth McHugh decided there was enough evidence for him to stand trial in the case of Andrea Constand—a former manager of the Temple University’s women’s basketball team who alleges Cosby drugged and assaulted her at his Philadelphia home in 2004.

Portions of Constand’s 2005 police statement were read in court, and it alleges Cosby gave her three pills that rendered her unable to speak or stand and then assaulted her. He has maintained the encounter was consensual. Last December, a warrant was issued for Cosby. With the statute of limitations running out on the Constand case in January, he was instead charge with aggravated indecent assault.

Cosby has been accused by more than 50 women of sexual assault. While there have been rumors of accusations against Cosby for decades, a 2014 standup set by comedian Hannibal Buress, in which he called Cosby a rapist, renewed the conversation on social media, and more allegations came to light. It was in the wave of allegations that prosecutors reopened Constand’s case last summer.

Lisa Bloom, the attorney for Janice Dickinson, one of the women who has accused Cosby of assault, tweeted out a statement Tuesday.

My statement regarding Cosby being ordered to stand trial in the PA case brought on behalf of Andrea Constand. pic.twitter.com/d4Nap0wPW5

Constand’s original case was settled out of court in 2006, but the Associated Press released excerpts from a 2005 deposition in which Cosby admits that he often gave quaaludes to young women he wanted to have sex with and illustrates a disturbingly similar pattern with women, some of whom later accused him of assault. In one portion, Cosby relates that when he was filming a sitcom, an agency would send “five or six” models to him each week, one of whom was as young as 17.

Cosby has waived the right to a formal arraignment, according to the AP. If convicted, he could face up to 10 years in prison. A date has not been set for trial.