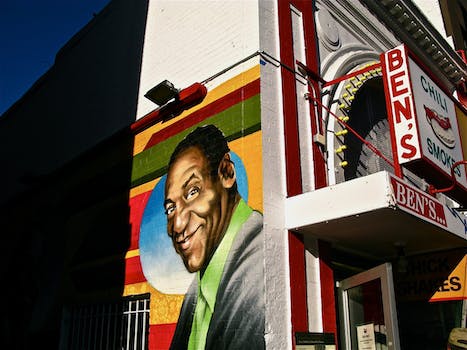 All of Bill Cosby’s rape accusers in one horrifying video

This is hard to watch.

By now we’ve heard many of the more than two dozen accusations from women who claimed that Bill Cosby drugged, manipulated, assaulted, and raped them, but now they’ve been gathered together in one sobering video.

In recent days, a New York Post report alleged that Cosby hired private investigators to look into and “dig up dirt” on the accusers’ private lives in order to discredit them. Another report by the New York Times published Sunday detailed Cosby’s legal team strategy, which included his lawyer Martin D. Singer, who charges $850 an hour and has been described as a “bulldog.”

As a response to the stories, a YouTube channel called NewsMediaTV edited every interview featuring a woman describing her encounter (or multiple encounters) with Cosby over the course of multiple decades while highlighting Cosby’s tactics of silencing victims and critics.

It was revealed on Sunday that Cosby has hired a team of private investigators to dig up dirt to discredit his more than two dozen accusers
Cosby Team’s Strategy: Hush Accusers, Insult Them, Blame the Media

The stories, by now, are strikingly similar—regardless of whether it’s a celebrity or someone out of the spotlight. They each describe being handed a drink by Cosby, and if they didn’t drink it willingly, they were allegedly coerced into drinking it. Their memory of what happened next is spotty, and they eventually blacked out. They woke up in disarray and found that something had happened to them.

Nobody thought that anyone would believe them.