Justin Bieber takes to Instagram to ‘apologize’ for racist remarks

The Bieb has stopped apologizing and switched to begging for mercy after his recently revealed racism.

This morning he apologized (again) to the U.K. Sun, which along with TMZ has been revealing five year old video footage of a 14 year old Bieber repeatedly dropping the “N” word in multiple instances of racist jokes. “I need to step up and own what I did,” he stated. “I feel now that I need to take responsibility for those mistakes and not let them linger.”

It’s hard not to be skeptical that this sudden deep conviction and urge to apologize occurred only after his “jokes,” which used the “N” word a collective total of nine times and included implicit physical threats, were brought to the attention of the public.

Still, the Bieb seems to be rolling with his newfound sincerity. Last night he took to Instagram in order to share a passage from the daily Christian devotional book Jesus Calling: Enjoying Peace in His Presence. The passage, which doesn’t actually come from the Bible, though there are biblical passages later on, emphasizes confession, forgiveness, and healing:

When your sins weigh heavily upon you, come to Me. Confess your wrongdoing, which I know all about before you say a word. Stay in the Light of My Presence, receiving forgiveness, cleansing, and healing. 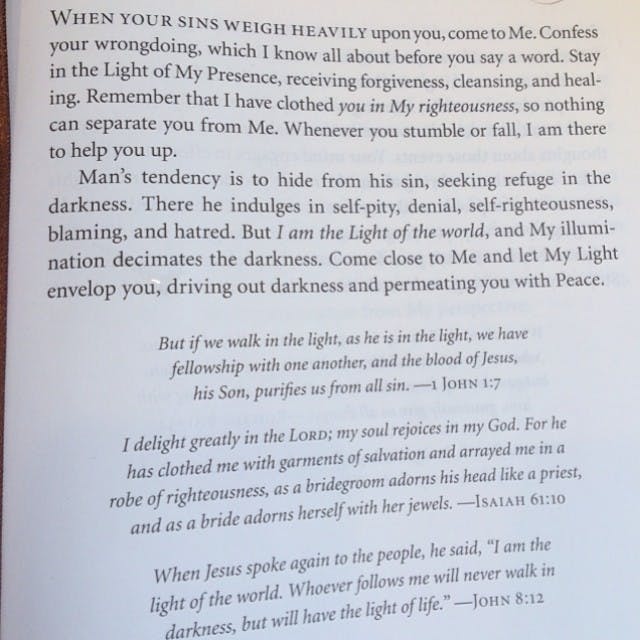 Though Bieber did not provide his thoughts on the passage, the context was clear: as part of “owning” what he did, he’s also asking his community to forgive him. That may be easier said than done. While some of Bieber’s pals like boxer Floyd Mayweather, have spoken out in support of their friend in recent days, others, including Usher, have been a bit more equivocal.

Sources told TMZ yesterday that the videos are surfacing now after years of extortion attempts on Bieber and his family to keep them private. Bieber, who allegedly apologized directly for the incidents years ago to his friends Usher and Will Smith, reportedly finally decided to allow them to go public and take responsibility for his actions.

This all sounds vaguely promising, if not for the fact that Bieber hasn’t exactly taken much responsibility for anything lately. He’s been too busy offending all of South America, offending all of China, screwing up depositions, randomly “retiring,” and getting himself voted out of America.

Still, his antics don’t seem to have made a dent in his massive following of Beliebers. It looks like if not even multiple instances of truly heinous racism can topple the Bieb, we might just be stuck with him for a long time to come.