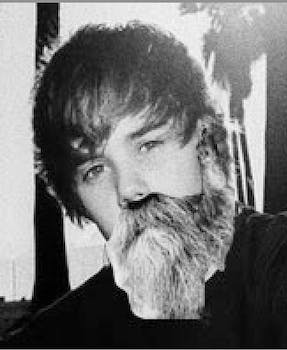 Kim Kierkegaardashian and Justin Buber are just two of the pop-philosophy accounts bringing existentialism to the Twitter masses.

What do you get when you take the philosophical musings of Søren Kierkegaard, the father of Existentialism, and pair it with Kim Kardashian’s tweets? The parody Twitter account @KimKierkegaard, of course.

But Kim Kierkegaardashian is just one of several new mash-up Twitter accounts that pair a known philosopher with a modern-day celebrity. So far, accounts for @Kantye_West (hybrid of Immanuel Kant and Kanye West), @NickiAvicenna (Nicki Minaj and Avicenna), and @Justin_Buber (Justin Bieber and Martin Buber) have popped up. The latter is the oldest of them all, which, according to TwBirthday, was created on June 24, 2011.

Pairing up the ruminations of philosophers with pop culture isn’t anything new. In fact, the mashup übercomic “Nietszche Family Circus” has been a thing for years now. Just the same, the Twitter handle @ZizekOnNFL, a parody account that imagines Slovenian philosopher Slavoj Zizek as a commentator for NFL on NBC, has been around since April of 2011 (favorite tweet: “In the second play of the formation, we have play action, a decoy play, much like how the ego hides our desire from us, so too does the QB”).

Here’s a collection of the funniest and most insightful tweets to come from the aforementioned Twitter mash-up accounts: