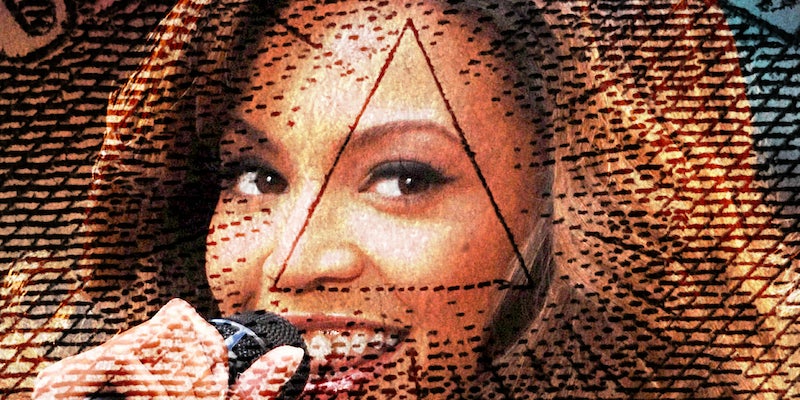 Is Beyoncé a witch? Conspiracy theory returns with accusations of ‘dark magic’

For several years, conspiracy theories about Beyoncé’s relationship with the occult have echoed through every corner of the internet. Now, Kimberly Thompson, her former drummer, is leveling accusations against her for practicing malevolent witchcraft.

According to the Blast, Thompson has filed a request for a temporary restraining order which has been rejected by a judge. In court documents outlining her grievances reviewed by Page Six, Thompson alleged that Beyoncé has been casting spells on her lovers, murdering her pet kitten, and performing “magic spells of sexual molestation.”

Thompson also holds Beyoncé responsible for her exhaustion, loss of jobs, theft of her house, stealing of intellectual properties, and more. Beyoncé’s fanbase (better known as the Beyhive) seemed to be unsurprised on Twitter. In fact, superfans reacted to the news with varying degrees of glee.

We know dear. And we don't mind. We love that Creole voodoo

The singer has long incorporated metaphysical imagery into her work. Lemonade, Beyoncé’s Grammy Award-winning visual album, was riddled with depictions of West African deities often invoked in the practices of Afro-diasporic traditions like Santería. She modeled her famous maternity shoot after portrayals of these same Nigerian goddesses. Her 2017 Grammy performance showcased her dressed in the manner of Oshun, a Yoruba water goddess who presides over love, fertility, female power, spirituality, and sensuality.

Beyoncé’s consistent homage to these deities, also known as the Orishas, has resulted in YouTube videos speculating her to be a high priestess, an ungodly witch, and everything in between. This latest news of her supposed magical targeting of Thompson seems to have been met with less vitriol and more amusement, but Beyoncé has yet to comment.

Surely a goddess like her will be just fine.