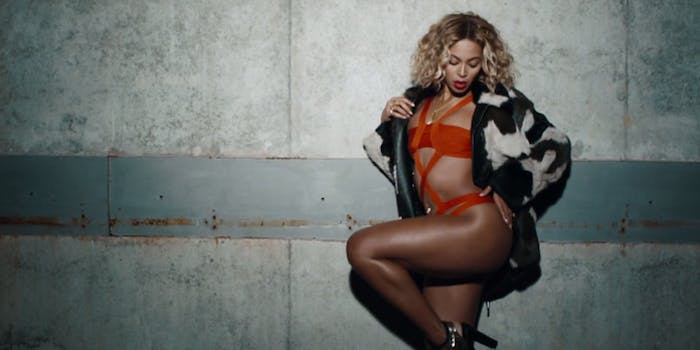 You can watch 13 ‘Beyoncé’ videos on YouTube, and stream it on Spotify

On Friday night, Beyoncé released the video for the song “7/11,” and we knew it wouldn’t be the last we saw of her. As usual, she was getting us ready for this jelly.

The deluxe reissue “platinum edition” of her self-titled album was released today, featuring a live DVD, four remixes, and two new songs. With the release came a flood of videos from her VEVO channel. You can now watch 13 videos from the new edition.

She also added her videos with Frank Ocean and Drake.

Even more exciting: The album is now available on Spotify. Goodbye, productivity.