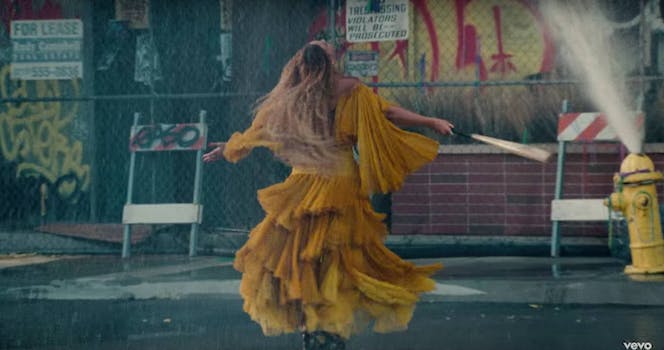 What a birthday gift from Bey to you.

Sunday is a holy day. Beyoncé turned 35-years-old and is now eligible to run for president. To celebrate her inevitable 2020 campaign, she gave fans a chance to glimpse perhaps her most electric video from the Lemonade visual album: “Hold Up.”

With a hook inspired by Vampire Weekend’s Ezra Koenig, (well, his tweets, anyway) “Hold Up” chronicles Bey’s loyalty to her man while calling his own actions into question. She smashes cars with a ball bat named hot sauce. It’s quite the birthday anthem.

Raise a glass, smash a window, and register to vote. Beyoncé is coming at you, no Tidal subscription needed.