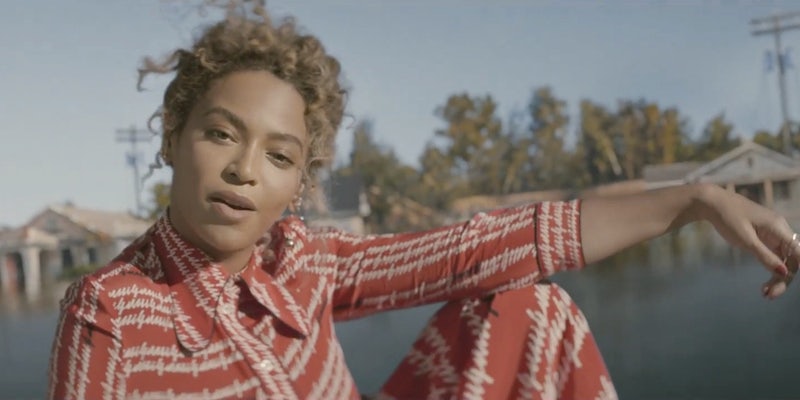 Beyoncé surprises us once again with new video ‘Formation’

The queen is back.

Beyoncé lives for surprises, and fans live for her surprises. The singer dropped a video for her new single “Formation” on Saturday afternoon, one day before performing with Coldplay during the Super Bowl 50 halftime show.

As always, Bey looks stunning in the video. Whether she’s getting down in a fabulously decorated hallway or chilling on top of a cop car submerged in water, it’s all flawless.

“Formation” is her first song in over a year, and it’s available to stream and download exclusively through Tidal. Bey also staged an Instagram takeover with stills from the music video.

On a more serious note, the video has a salient message regarding police violence against the Black community, as pointed out by Tracy Clayton (@brokeymcpoverty).

Who needs football this weekend when we have Beyoncé?