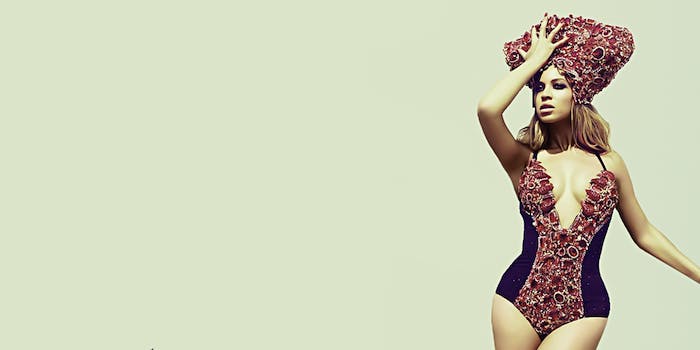 Beyoncé’s ‘Drunk in Love’ is even sexier in emoji

Beyoncé has inspired the culinary world and reshaped the alphabet. Now she’s influenced another classic form.

Beyoncé has inspired the culinary world and reshaped the alphabet. Now she’s influenced another classic form: the high art of emoji.

The lyrics to “Drunk in Love” have been translated and animated in all their highly sexual glory. The song’s been awkwardly danced to by Vin Diesel and turned into a tribute to Dunkin’ Donuts, but this emoji realization might be the purest form of tribute yet.

There have been emoji music videos before, never has the salsa dancer emoji been so efficiently employed to convey passion. Plus, no one ever uses the surfboard emoticon. Emoji might be the new love language.