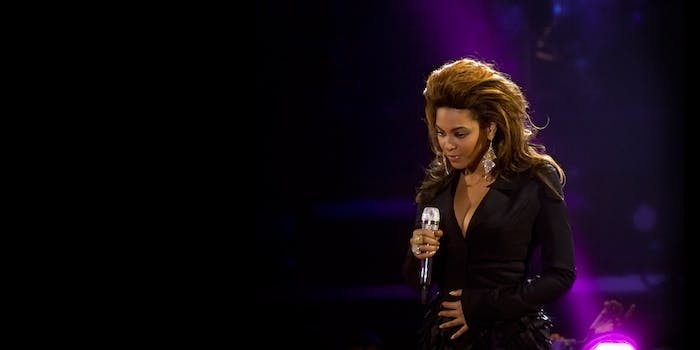 Prepare to lose hours of your day.

Beyoncé fans are a devoted lot, and over the last few days, they’ve zeroed in on her choreography to create the ultimate mashup.

The hashtag #BeyonceAlwaysOnBeat is a collection of Bey dancing to other people’s songs, and it proves there’s no beat she can’t sync to. Say goodbye to whatever work you were going to do today.

In honor of @LeslieMac's last tweet, I must share my favorite #BeyoncéAlwaysOnBeat. The clear favorite, right? http://t.co/ptIe4DosIG