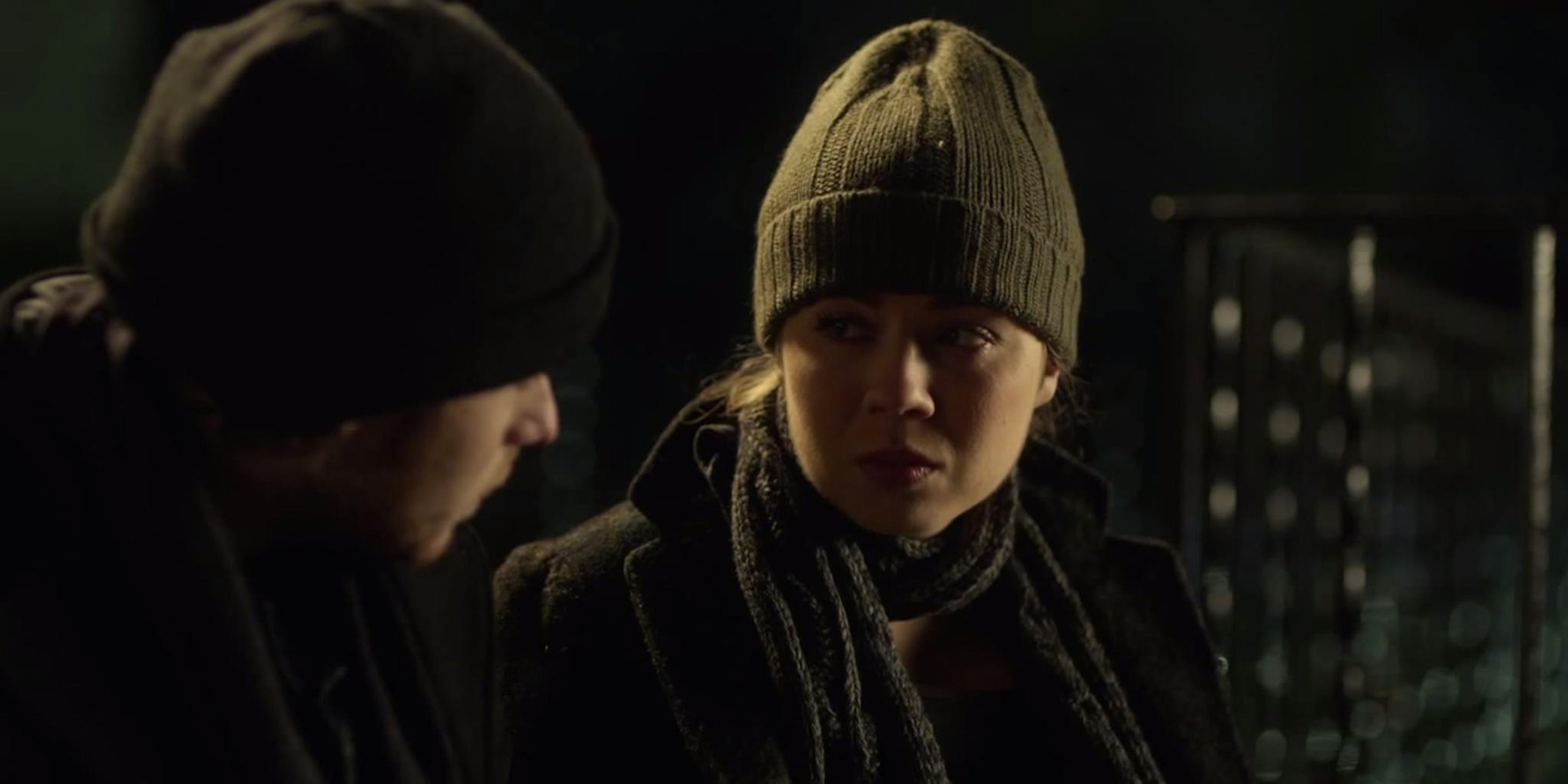 Everything you need to know about ‘Between,’ Netflix’s new sci-fi series

Netflix has a pair of power-hitters coming up to bat in the coming weeks: The acclaimed prison comedy/drama Orange Is the New Black returns for a third season on June 12, and the week before that the Wachowskis and Babylon 5 creator J. Michael Straczynski will introduce their new sci-fi drama Sense8.

Between all that and Daredevil, it’s a good time to be a Netflix customer. But the streaming giant just debuted another show that snuck in under the radar: a young adult science fiction thriller called Between. Check out the trailer, then we’ll walk you through the basics so you can decide if it’s worth your time.

In the town of Pretty Lake, all the adults are dying

Pretty Lake is the sort of scenic little Canadian town that would make for a perfect stopover during a long road trip. It’s nothing remarkable, but odds are they’ve got a diner somewhere in town that makes some really stellar pie. It’s also the sort of place that inevitably encourages its native children to want to grow up and move the hell out, and that’s just what young Wiley Day (Jennette McCurdy of Nickelodeon’s iCarly) plans to do. Just as soon as she can hand off the pesky baby she’s carrying around in her stomach.

Also planning on skipping town ASAP is her best friend Adam (Jesse Carere), a brilliant tech whiz and hacker who will soon be headed for MIT. And so is Gord (Ryan Allen), the son of a local farmer who’s joining the Army to see the world, or at least the parts of it that aren’t Pretty Lake. There are a lot of locals whose to-do list includes getting the hell out of Dodge, but unfortunately those plans are put in lockdown after Pretty Lake’s adults begin dying mysteriously.

It’s only the adults—specifically people over the age of 21—and they’re dropping dead suddenly and without prior warning or symptoms. Needless to say, everybody is stumped, from Adam’s harried medical examiner uncle to the national government. That government’s solution to the problem is to impose a total quarantine, throwing up walls and barbed wire around Pretty Lake and policing them with soldiers prepared to open fire on anybody trying to escape. By the end of the first episode, the deaths are already in the thousands, and with no help coming from outside, the survivors inside Pretty Lake are going to have to piece together the mystery on their own.

The first episode of Between doesn’t operate on the same level of quality as top-tier series such as House of Cards or Daredevil, but it’s an enjoyable little thriller with enough compelling mysteries at its core to keep us coming back for episode 2 at least. And then there’s the added appeal of old-school week-to-week suspense.

One of the things that helped Netflix stand apart as it moved into the field of producing original content is its practice of uploading an entire season of a show all at once. It’s a binge-friendly template that helped make overnight hits out of shows like House of Cards and Orange Is the New Black, but with Between, you’re going to have to enjoy its twists and turns the old-fashioned way: by waiting for them.

Between is the product of a partnership between Netflix and the Canadian TV network City. The first season will run six one-hour episodes, with initial terrestrial broadcasts at 8pm ET on City, followed by the streaming premiere at 11:30pm ET on Netflix. So if you get hooked on Between and can’t stand the weeklong wait for the next episode, well, welcome to what television used to be like all the time.

CBS’s adaptation of Stephen King’s Under the Dome began with a lot of promise and then got real stupid, real fast, so don’t consider the above a comparison of quality, just of general narrative structure. Both Between and Under the Dome are set in quaint little burghs suddenly cut off from the rest of the world. Both involve a core mystery that the survivors inside the town must solve. And both feature a cast of characters with things to hide.

Not that the latter element is unique to Under the Dome. Stephen King does “small town with skeletons in all the closets storytelling” very, very well, but he certainly didn’t originate it. Between is picking up the narrative torch that’s been carried by Under the Dome, Twin Peaks, Jericho, and many more before them.

To paraphrase Twin Peaks’ backwards-talking Man From Another Place, the residents of Pretty Lake are “filled with secrets.” Minister’s daughter Wiley being pregnant is scandalous enough in a small town, but she also won’t say who the father is, and a scene midway through the premiere suggests the secret baby daddy definitely isn’t just some random schmuck from her school. References are made to Adam’s dead father being a geneticist, and given that the town is now being overrun by an inexplicable and likely not naturally occurring disease, you just know that’s no coincidence.

Combined with the larger story of the disease itself, and why it’s only killing people old enough to buy a beer in the States, Between serves up plenty of intriguing mysteries to keep viewers coming back, especially since this first season only requires six episodes of your time. Whether the show succeeds will largely depend on how satisfactorily it provides answers. Hopefully series creator Michael McGowan has learned the lessons—both good and bad—of earlier mystery-heavy shows such as Lost and AMC’s The Killing.

This one’s digging into the deep cuts a bit, but Between is also reminiscent in setup of Showtime’s two-season sci-fi drama Jeremiah, another American-Canadian coproduction that involved a disease wiping out grownups. In Jeremiah, the bug in question killed everyone over the age of puberty, so the folks in Between don’t have it nearly as bad in comparison. That show was developed and executive produced by Babylon 5’s J. Michael Straczynski, and while it featured a lot of duds in its run, it also wrung some really good storylines out of the notion of a world where an entire generation of children have been forced to raise themselves to adulthood. Between envisions the very genesis of a similar, albeit much more contained, situation. Hopefully Between will mine some really interesting drama out of that conceit, but it’s hard to be sure since the first episode is largely just setup. If nothing else, we expect some Lord of the Flies-style youthful hooliganism before all is said and done.

Between is supplementing its storyline with a weekly webseries called Between the Lines, which is airing on City’s website. The webseries is structured as a yearbook video assignment for Amanda (Krystal Nausbaum), the daughter of Pretty Lake businessman and general sleaze Charles Lott Sr. (Stephen Bogaert). Each episode has Amanda interviewing other students from the town. It begins before the outbreak, but will continue throughout it, focusing on the show’s young characters, beginning with her brother Chuck (Justin Kelly). Between the Lines will comprise eight two-minute episodes by the time all is said and done.

You can watch the first two webisodes on City’s website right now, and catch new episodes of Between every Thursday night on Netflix.