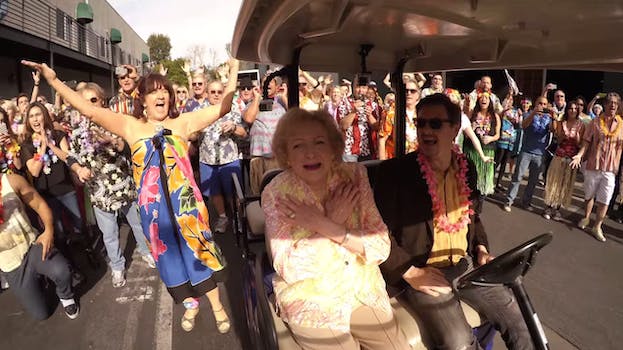 Betty White gets a flash mob for her 93rd birthday

They did it in style.

Betty White’s employers sure know how to throw her a party.

She was on the CBS Radford Lot where Hot in Cleveland shoots the day before her 93rd birthday when she was greeted by her assistant dressed as a hula dancer. The impending Hawaiian flash mob followed with the entire cast and crew joining in for one big hula party just to wish her a happy birthday.

Although the Internet may be over flash mobs, allow this one for Betty White. She loved it, and so should you.

Afterwards the Hot in Cleveland cast celebrated her birthday in a more traditional fashion with cake, leis, and, of course, puppies.