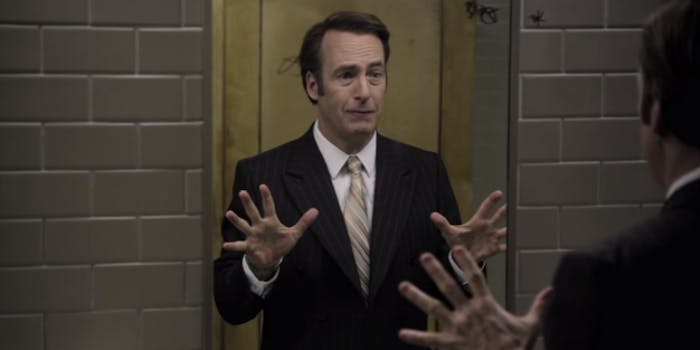 The biggest tease yet.

The promo campaign for AMC’s forthcoming Breaking Bad spinoff, Better Call Saul, was one of the biggest teases of 2014, but this is how the Hollywood industrial trailer complex works now.

Alas, another trailer for the show has surfaced, and this one is the longest yet. Extended, even!

The new two-minute clip shows us a little more of the courtroom style of Jimmy McGill (his pre-Saul persona), and we get a glimpse of Breaking Bad‘s beloved Mike. Walt and Jesse are missing, however.

The show finally debuts Sunday, Feb. 8. In the meantime, consult with your vision board and hope for a Mr. Show reunion.