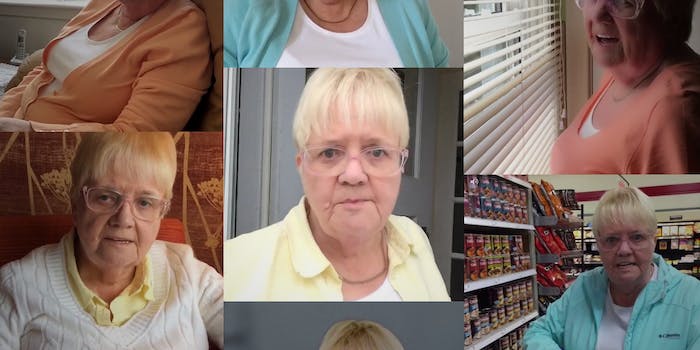 Started from the bottom, now the whole fam's here.

Bette Reynolds stands next to a window and recites the line with intensity: “Jumpman, jumpman, jumpman.” As she delivers the last word, she slowly turns her gaze to the window. She’s a 68-year-old Scottish grandma and she knows when boys are up to something.

For Bette, who’s gotten some shine for covering Drake songs in her thick Scottish brogue, Vine is a family affair: Her son Stewart (Brittlestar) has more than 880,000 followers; his sons Owen and Gregor also have healthy followings. Bette observed her family collaborating on Vine and thought it looked like fun.

“My mom loves making people laugh and smile,” says Stewart. “She’s made a few vines prior to these but I had the idea that it would be hilarious to have her recite rap lyrics. Just the fact that she’s this Scottish granny makes it 10 times funnier.”

Though she’s been on Vine for a few years now, she only recently started covering Drake:

And the ubiquitous “Panda”:

“Seeing as when I say things, regular things, to my kids and grandkids, they laugh at how I say it, it seemed like a fun idea to do that in a vine to rap lyrics,” Bette says. “I like the Drake’s music. I like Kanye and Desiigner’s music as well.”

Though we’re holding out hope Drake might ask Bette to guest on his next single, she says “having fun and laughing” is the priority right now.

“And making someone else laugh is fabulous.”