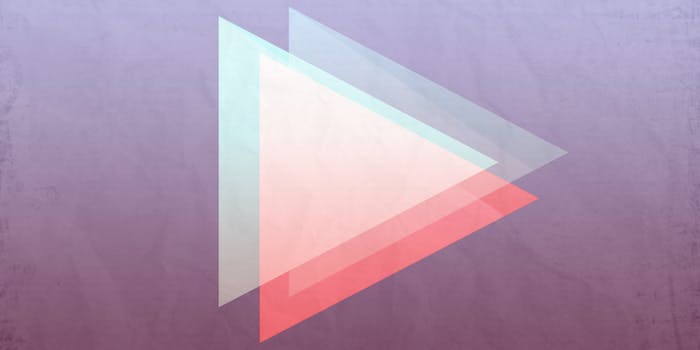 It's going to be the best year ever.

Pop the champagne, because 2015 is already proving to be one of YouTube’s most promising years yet. In the last month, YouTubers have been called upon to interview President Obama, inspired millions by uploading their personal coming-out videos, and received television talk show deals with major networks.

As someone who watches YouTube for nearly 10 hours a day (don’t judge—it’s my actual job), I’m constantly in awe of the evolution of the platform into something that’s beloved and respected by traditional media. But on a platform with millions of creators, how do you figure out who to pay attention to?

Below are eight creators embarking on the biggest years of their YouTube careers. Missing out on their videos would be like eating cake with no frosting—unacceptable.

Hilarious, smart, and sassy, Akilah Hughes’ videos are the perfect remedy after a long day of cranky bosses and roommate quarrels. Following her viral hit “Your First Black Girlfriend” in late 2013, Hughes spent the last year hitting her stride: She produced popular webseries, tipsy book reviews, Scandal parodies, and honest tutorials. Her humor is candid, sarcastic, and perfectly captures the struggle of 20-something ladies trying to make it in the city.

Last year, PBS Digital Studios knocked it out of the park, acquiring some of YouTube’s most popular educational channels, such as It’s Okay to Be Smart, The Art Assignment, Crash Course, BrainCraft, Everything But the News, and Blank on Blank. The channel has long provided entertaining, enriching content specifically for YouTube, and with over 44 channels under its production umbrella, viewers are guaranteed to find a show that speaks directly to their passions.

There’s a pretty good chance you’ve already seen the work of animator and full-time fangirl Leigh Lahav without even knowing it. Last year, her parody mashup of Frozen and Orange Is the New Black went viral. This year, the sky’s the limit for the imaginative creator, who was just named one of the 10 YouTubers expected to transition into television.

Since founding the channel in late 2013, Vice News has racked up over 1.1 million subscribers and gained a reputation for reporting the stories no one is talking about, with coverage that takes viewers behind the headlines. From the Ebola outbreak to the occupation of Ukraine, Vice News gives viewers a reason to care about world events by condensing these sometimes overwhelming and emotional topics into digestible and understandable videos. This year, the channel has already established itself as a major news outlet with its coverage of the anti-Islamic protests in Europe and Umbrella Revolution in Hong Kong.

The Wes Anderson of YouTube filmmaking, Yulin Kuang is by far one of the best directors/writers/producers on the platform. Her content, while diverse in subject matter, immerses viewers into the rich world of her imagination with mysteries, Wizard Rock band battles, and parodies of Edgar Allan Poe. Last year, Kuang was accepted into director Ron Howard’s apprenticeship for young filmmakers, and during that time, she created one of her most popular short films, “I Ship It.”

The BookTube community may be small, but Ron Lit has established herself as one of its most engaging creators. Her weekly videos provide analysis on specific books, literary theories, and topics such as types of villains, critical thinking, and Jane Austen being a general badass. Ron Lit also speaks openly about her past battles with eating disorders. This year, she plans to expand her videos into scripted content, and I cannot wait.

Since joining the YouTube scene in 2008, British filmmaker Tim Hautekiet’s career has been on a steady trajectory upward. After creating the series Project Library, a must-see for anyone who’s ever wondered what an FBI drama revolving around a lost library book would look like, Hautekiet was accepted into Ron Howard’s YouTube incubator series along with 13 other creators, mentored by legendary creatives, and given the space to create his own series, Bad Burglars. Hautekiet released the trailer for his biggest project yet, a short film titled The Fleeting Little Life of Peter Wright, set to come out early this year.

Tim Hautekiet isn’t the only creator debuting a film this year. After receiving more than $358,000 through an Indiegogo campaign, the gentlemen behind Wong Fu Productions—Philip Wang, Wesley Chan, and Ted Fu—spent 2014 working on their full-length debut. This would not have been possible without Wong Fu’s eight years of work on YouTube and a loyal audience of nearly 2.4 million subscribers.