Here’s our choice for the best comics of 2011. Read them and laugh. Or cry. Or ponder. We at the Dot Comics department have been delighted this year by an amalgamation of webcomic styles, including found comics, hand-drawn comics, comic strips, single-paneled comics, animated comics, and photographed comics.

We’ve followed dozens of webcomics over the course of the year, and we’ve gathered together our very favorite moments of 2011. These are so different from each other that it would be impossible to rank them. So we didn’t. While they’re numbered, the comics that follow are listed in no particular order. We chose 11 to honor each year of the new millennium.

Go ‘head, girl, wear that big sweater. Don’t let nobody know if you’re skinny or fat, you keep that to yo’self.

3. Best Coming of Age Story: We Are Become Pals

The twenty-three installments of this story, about two high school girls who become fast friends, kept us clamoring for more through the summer and fall. We’re sorry it’s over.

This is how Jane and Helen met. 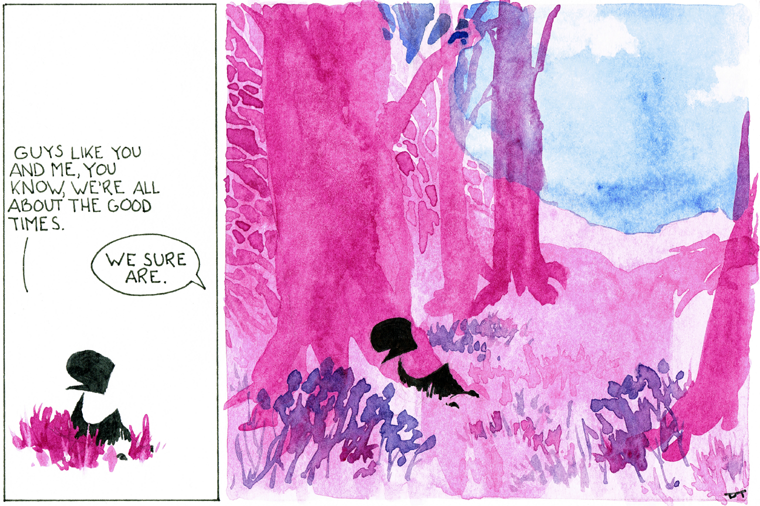 5. Best Tale of the Undead: Book of Adam’s “The Immortal:” The author claims all of his stories are true, even this one.

It’s my personal hypothesis that at some point Tuna Buttons found a loophole in Death’s plan and will live forever.

6. Best Analysis of the Animal Brain: Hypberbole and a Half’s “Wild Animal (The Simple Dog Goes for a Joy Ride)” 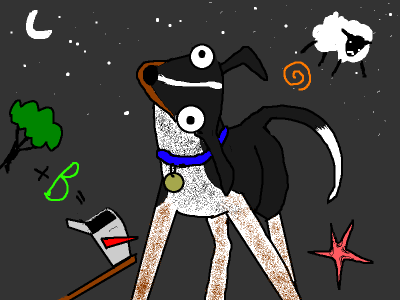 7. Best Analysis of the Human Brain: The Oatmeal’s “If My Brain Were an Imaginary Friend”

8. Best Instructions: Dinosaur Comics’ “As She is Played”

Our favorite version of this recurring series is below, but it includes poker, baseball, hide and seek, Scrabble, and tag. 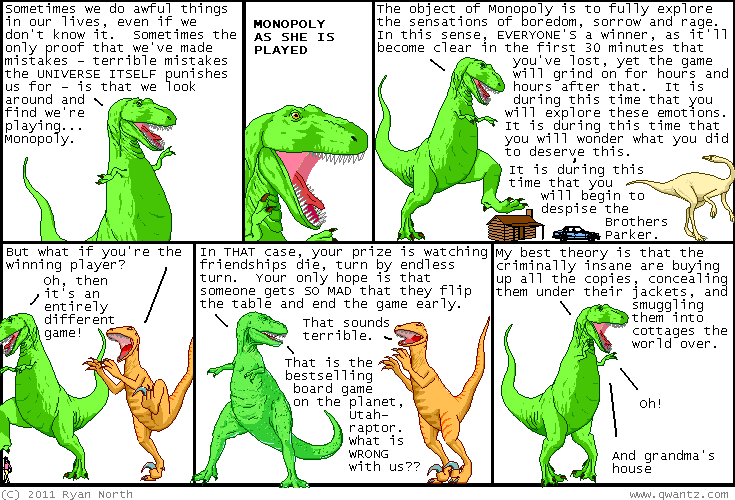 9. Best Putting Words into Other People’s Mouths: Married to the Sea’s “I Can’t Explain Why”

10. Best Meditation on Love: Diesel Sweeties’s “The Buffet of the Heart” 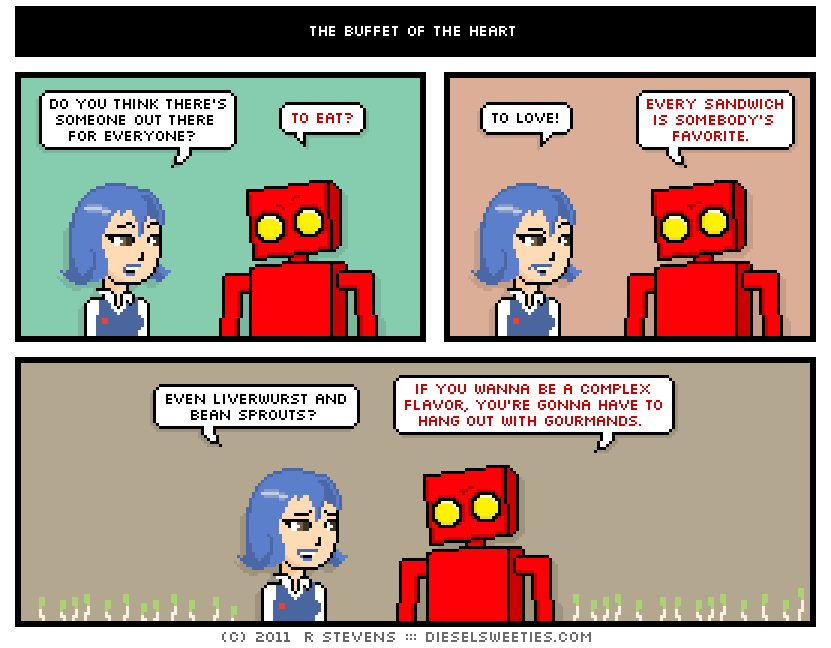 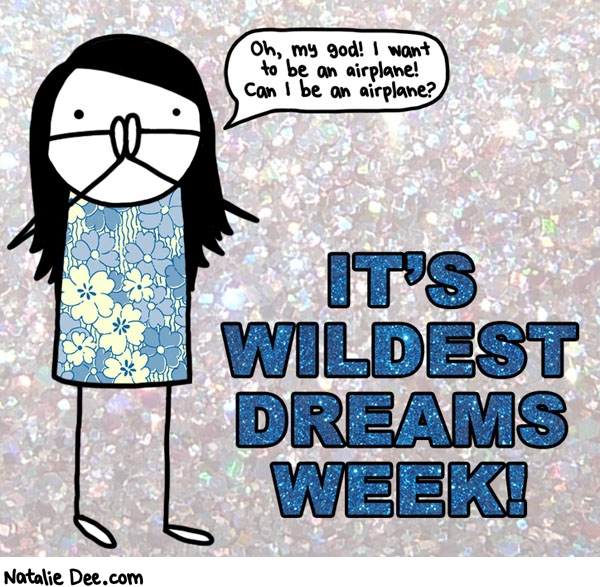 Plus, we have six bonus comics from the Dot’s Archives 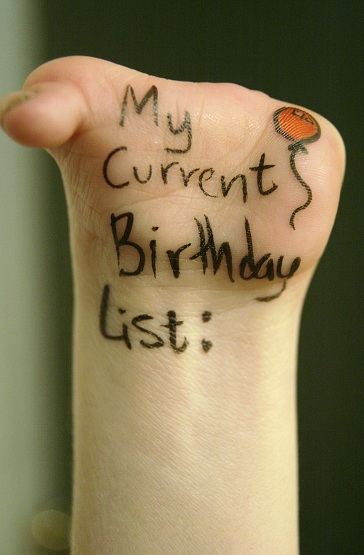 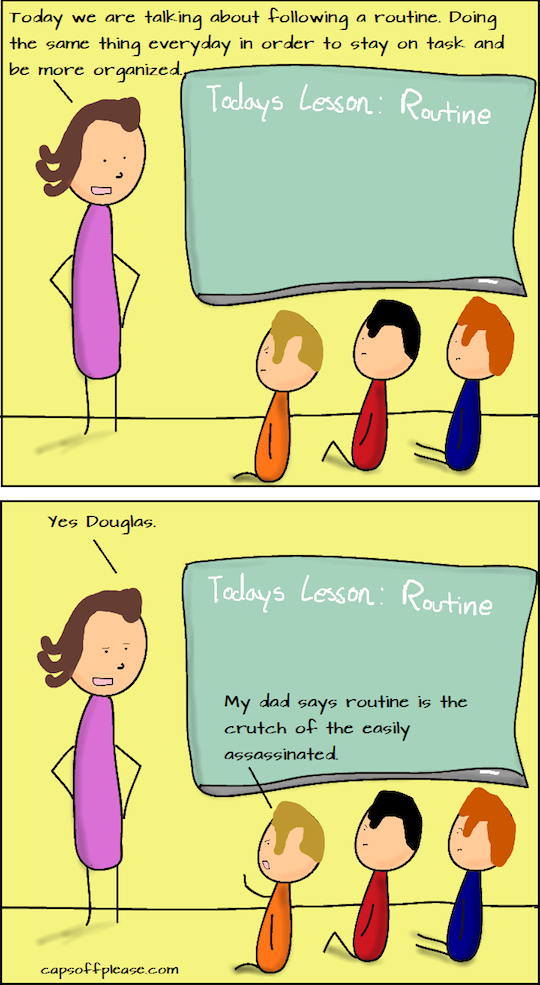 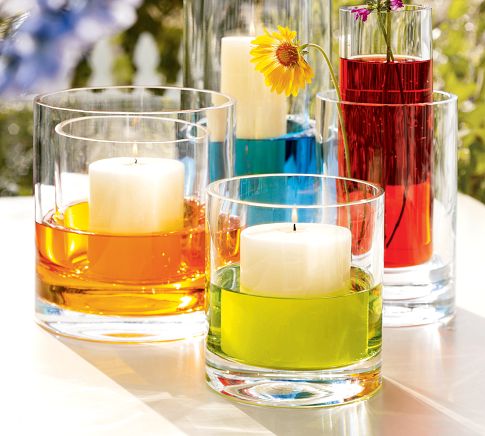 Great news Elaine! I finally figured out what to do with all those Gatorade flavors I hate. 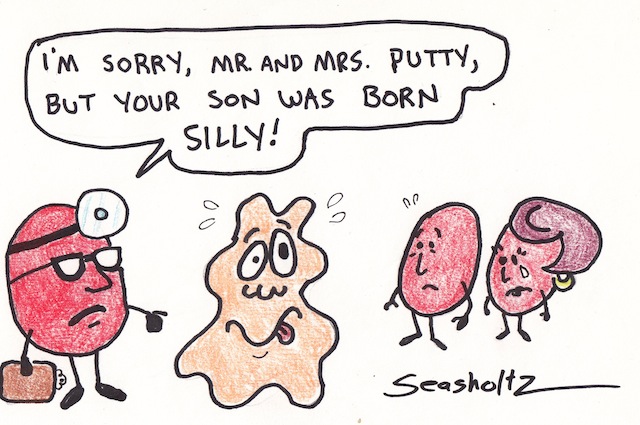