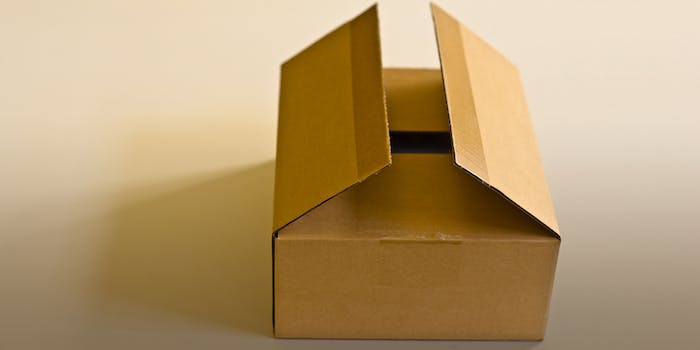 Dive into the rabbit hole that is YouTube’s unboxing subculture

Back in August, writer Mireille Silcoff took a look at the YouTube-centric phenomenon known as unboxing for the New York Times, through the lens of the parent attempting to understand why her 2-year-old daughter is so entranced by people unwrapping and unpacking everyday things. And she ending up falling down a rabbit hole of her own.

Unboxing videos aren’t new: They’ve been happening on YouTube since the platform started, but in the last few years, the trend has seen a steady climb upward. Popular unboxing videos focus on things like Disney toys, PlayStations, and iPhones. There are many feeder roads to unboxing, such as style hauls, in which popular fashion and beauty vloggers unload scores from a day of shopping. In style haul videos, the unloader is often someone well-known, a face and name with a brand built around it.

But other unboxing channels thrive on the disembodied angle, relying on hands and a voice to guide us through the plastic and cardboard guts of consumer culture. On YouTube you can view the unboxing of a Teenage Mutant Ninja Turtles Lego Advent calendar, Doritos, or a Daft Punk record. Unboxing is even used as an ASMR trigger. These videos are not so much a consumer statement as a way to address our primal need to see what’s in the box.

Still, what is it about these videos that stimulate kids’ brains, and what part of adults’ brains are they tapping into? Silcoff tried to unravel the “snake-brained” place where these impulses come from, and pinpointed YouTube’s role in unboxing’s popularity and accessibility:

Silcoff’s daughter is more straightforward: She likes “the hands on the toy.”

The unboxing video search is indeed a rabbit hole, but we unearthed nine of the best ones  currently on YouTube.

DisneyCollectorBR is one of the most popular unboxing channels, and this Angry Birds clip from 2013 has been viewed more than 97 million times. It consists of a woman unwrapping several toy “surprise” eggs to reveal what’s inside, her voice a soothing and hypnotic accompaniment to this odd striptease. There are channels upon channels devoted specifically to surprise eggs and their unwrapping, and yet there’s a human element, the hands helping along the birth of cheap plastic junk for the world to see.

YouTuber 1hate1the1Air had some biting commentary about the MacBook Air back in 2008. He’s especially upset about all the packaging. Apple designer Jonathan Ive has been quoted as saying, “Steve [Jobs] and I spend a lot of time on the packaging […] I love the process of unpacking something. You design a ritual of unpacking to make the product feel special. Packaging can be theater, it can create a story.”

1hate1the1Air did not care for the theater or story, and yet, his own performance was much like theater. His final line, disguised as video description: “Turns out it sucks.”

A man unboxes an Explainette record player from the ’40s, marking this as one of the older unboxing subjects. This is basically a Ken Burns doc waiting to happen.

This YouTuber has elevated unboxing to a performance art. His take on egg unwrapping is very progressive, his approach to opening a pizza very practical. But this Doritos clip might be Mairou’s most transcendent.

The four-colored Bic pen you had in the ’80s? This guy unwrapped it. Yes, the unboxer is heavy-breathing through this minute-long clip. Wouldn’t you be?

No, that’s not a euphemism. This guy is unboxing a new snake cave for his snake, Athena. You will learn more than you ever wanted about snake caves. In fact, there are a startling number of reptile unboxing videos. This 13-minute clip of a guy unboxing centipedes he bought at an auction is especially unsettling.

This isn’t so much an unboxing as a call-out. YouTuber Moonpies called shenanigans on the size of Domino’s “wings” back in 2011, because he is an American hero.

Was Se7en the original unboxing video?

Happy Boxing Day to all, and to all a good unboxing.

Photo via inUse Consulting/Flickr (CC BY 2.0) | Remix by Jason Reed