For every color commentator or popular public figure, there’s often an even more colorful parody account. It's time you get to know them.

When it comes to popular impersonations, Twitter is the new Saturday Night Live.

For every color commentator or popular public figure, there’s often an even more colorful parody account, offering the sincerest form of flattery in 140-character bursts.

In many cases, the parody is even better than the real deal, at least online, taking the most absurd aspect about a subject and creating an entirely new character from it. The best parodies can run for years if the creators and supporters have enough material to work with.

Parodies are as much a part of Twitter as news and celebrity interactions. Fact and fiction gets blended into a single timeline, letting us hear from and laugh at (or with) an individual in the space of a couple of tweets. The most important parodies, like @WillMcAvoyACN, a personification of The Newsroom’s protagonist, hold a fun-house mirror up to their subject, shining a new light on them and the world around them.

On SNL, you know the actors behind the impersonations. On Twitter, that’s not always the case, and some notable accounts, like @NotBillWalton and @BigGhostFASE, have managed to successfully hide their identities for years now.

Many others have come clean. They range from celebrities and writers to mom bloggers and students. Here’s a look at the real people behind some of your favorite Twitter accounts. THEY SAY CHRIS BROWN GOT WORST TATTOO EVER! NO AGREE! DRUNK HULK THINK TATTOO GOT WORST PERSON EVER!

You wouldn’t guess it from his belligerent ALL-CAPS rants, but Christian Dumais, the man behind Drunk Hulk, is actually a mild-mannered author and lecturer. He moved to Poland to work on his first novel and told the Daily Dot last year the parody has helped him take life less seriously and to loosen up his writing. He also said Drunk Hulk has led to contact from publishers, agents, and TV networks about his work.

“Writing Drunk Hulk is a wonderful challenge that has managed to carry over to my other writing projects . . .  And most importantly, every day I get to read responses from amazing people all over the world on Twitter or by email about Drunk Hulk.” 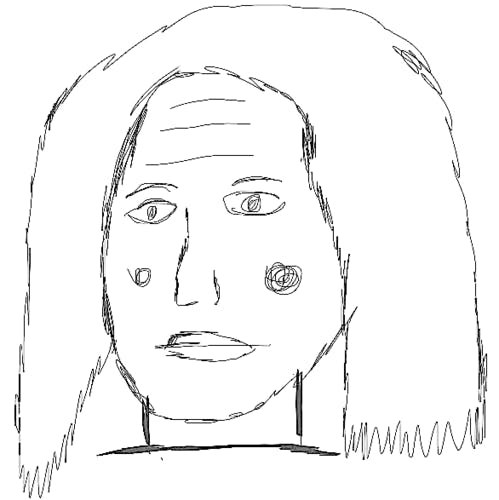 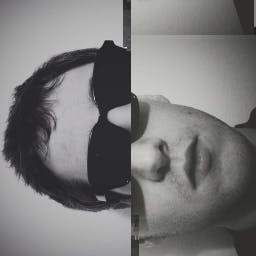 Entertainment writer Nikki Finke once had a Twitter parody shut down, bringing down her own account in the process for a while. Litel, a self-described “Internet provocateur” and “freelance human being,” outed himself as @Fake_NikkiFinke’s brainchild last September. Litel, who creates abstract art and animations, claimed Finke “has the skills of a great journalist while lacking the ethical sense for those skills to mean anything.” His fake Hollywood headlines are as ridiculous as anything you might see in a blockbuster these days. If you have a prominent tech blog and post something ridiculous, chances are @NextTechBlog will ruthlessly mock you. “People think it’s going to cause me to be more self-conscious and stop being so brutal, but they obviously haven’t talked to me about this stuff,” Mitchell, an Oakland-based journalist, told BetaBeat in November. “The garbage encouraged by the economics of this business makes me so angry.” He left ReadWrite in February to build the Daily Portal. The deputy online editor of Shortlist, Lee lampooned director Michael Haneke’s super serious persona. Lee, who lives in London, halted the parody after the real Haneke won an Oscar for Amour this year, though his other novelty account, Middle Class Problem, is retweeting some of the inane issues faced by those in the reasonably high throngs of society. 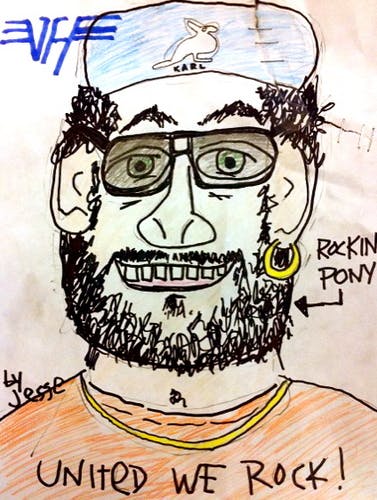 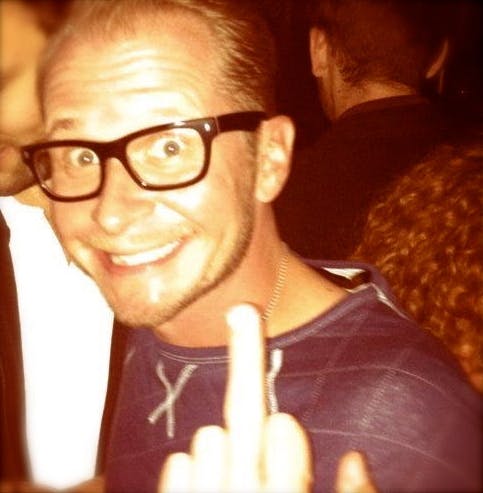 Change in your pocket, domesto cans on ice, your team on top, arms on swoll, a jam on the radio, and babes in the night. The American Dream.

Less a parody than a fully realized character, @DadBoner is Karl Welzein, a downbeat, deadbeat dad from Middle America. After several attempts to figure out the voice behind Welzein failed over the last few years, comedian and writer Burns outed himself as the creator in April. As seen in the Vice video where he revealed his true identity, L.A. resident Burns is a pro wrestling fan, and there are certainly more than a few hints of Stone Cold Steve Austin’s attitude in Welzein. Meanwhile, a book written from Welzein’s perspective is on the way. 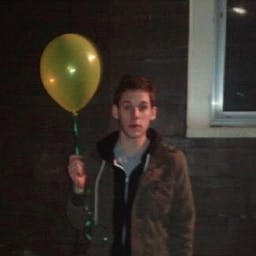 When the reimagining of everyone’s favorite scientist Bill Nye as a pothead was suspended last September, creator Lucas Gardner, then a senior at the University at Buffalo, said he was laying the account to rest for good. He had hundreds of thousands of followers at the time it met its demise, though Gardner admitted he was more or less out of ideas by that point. Gardner has tried his hand at standup around Buffalo and hopes to make a living as a TV writer. He also runs the terrific Dragonball Z novelty account @love_that_Goku. 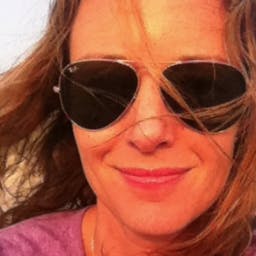 It’s run by a group of mom bloggers and humor writers responsible for the advice site the Mouthy Housewives, one told New York Magazine. Gerwin told the Daily Dot that the account gained popularity due to the “winning humor and sarcasm, of course. Plus, Paul Ryan is inherently easy to mock.” 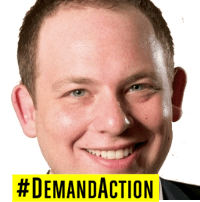 A reasonably funny take on a singular moment, Invisible Obama spoofs that time Clint Eastwood pretended to be talking to President Barack Obama at the Republican National Convention. @InvisibleObama was set up within minutes by Schafer, founder and chief executive of a digital agency.

He claimed he didn’t start it for personal attention but “accidentally took advantage of” the inevitable conversation that would ensue from Eastwood’s faux interview. Schafer said he kept it going perhaps beyond the sell-by date because of his “passion for politics, media, and social media.” 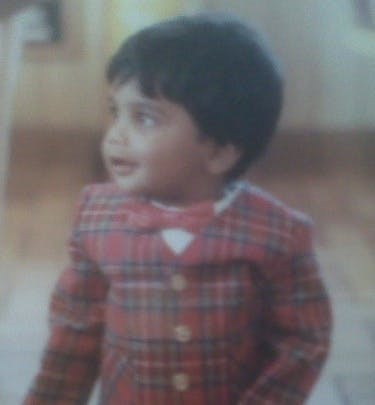 Spending time with my boring son Chris is almost worse torture than I experienced in Iraq. #MySonisSoBoring

We can’t completely be certain Aziz Ansari is the mastermind behind this spoof of Homeland‘s Nicholas Brody, but the evidence indicates he is. The Hollywood Reporter outed the comedian as the puppet master when he apparently sent a tweet intended for @SergeantBrody to his own account before quickly deleting it.

Ansari is, of course, a successful standup and actor, who these days can be seen on TV’s best comedy, Parks and Recreation. His honest perspective on life drives much of his observational humor, and that spilled over to the Brody parody, where he lambasted the character’s horribly boring son. Elaine accidentally does a British accent in a job interview after marathoning Downton Abbey. She gets the job and has to keep faking it.

Ex-BuzzFeed sports editor Jack Moore tweeted possible plot lines for a modern version of Seinfeld along with friend Josh Gondelman. Moore is a Seinfeld fanatic, admitting to the Atlantic he has the show on a thumb drive at all times and usually has the show on in the background. The pair joked around with a number of current-day scenarios and decided to create a dedicated account for the gags. 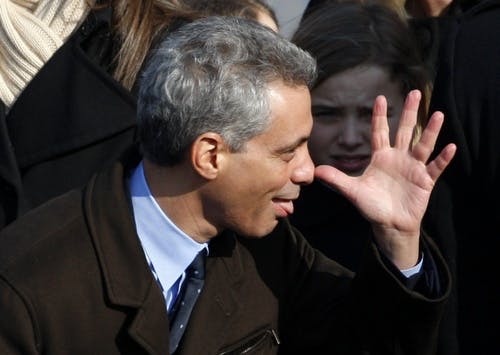 Don’t know if Obama’s going to use the draft of the speech I wrote before I left. If he opens with double fucking birds, it’s mine.

Sinker founded Punk Planet, a zine that ran from 1994 until 2007. He brought a ballsy punk attitude to the spoof account, and one of his former students told the Atlantic he is “down-to-earth, knowledgeable, and interesting.” His leftist political work and affinity for Chicago seemed to seep into Mayor Emanuel. Sinker’s now running Knight-Mozilla OpenNews, a project aimed at “producing next-generation web solutions that solve real problems in news.” The Noise circles my camp – teeth bared, haunches raised. I toss the final Gallup poll onto the fire. Dawn approaches.

This short-lived account painted statistician Silver as an omniscient pundit, with a penchant for the surreal and the dark side. Ford is a political science graduate with a long-held interest in politics. He told the Daily Dot his parents emphasized the “importance of civic participation,” and he has volunteered for campaigns in the past.

Ford, a northern Nevada resident, wrote recently that he’s been looking for work since returning to the U.S. last August. He’s a smart, funny chap, so follow him on Twitter. 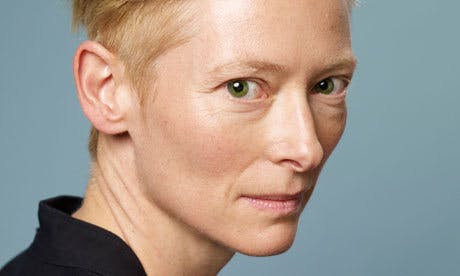 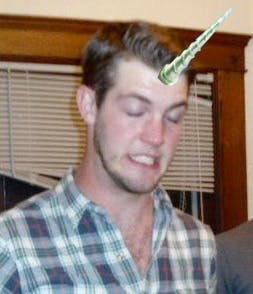 I sit in a puddle, and pluck every spine from a hedgehog.He waddles away unencumbered.The year is 1783.I have created the guinea pig.

This fleeting parody of actress Tilda Swinton as a mystical being expertly lampooned the perception that she is not of this world.

Eli Yudin started the parody in May last year after graduating from the University of Michigan. “There were plenty of jokes about Tilda Swinton being weird before we took it to the next level,” Yudin told the Daily Dot. He said he was looking for work in the illustration, graphic design, and animation fields but also hoped to dip his toes into comedy. He’s tried his hand at comedy nights and claimed “[g]oing to open mics is the closest feeling I’ll ever have to panning for gold.”