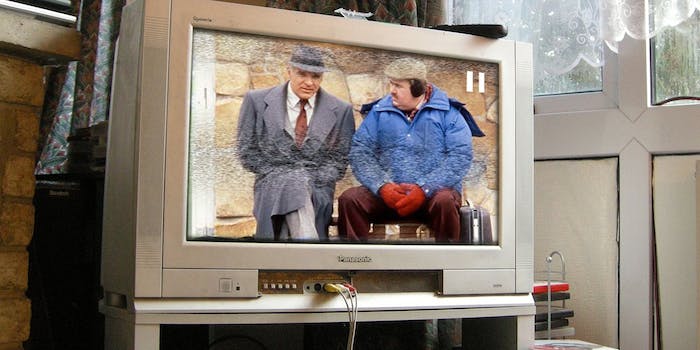 4 of the best Thanksgiving movies you can stream

Stream before you stuff.

With Thanksgiving rolling around again, no doubt the Dot readership will be celebrating the holiday in a variety of ways. Regardless of whether you’re spending time with loved ones, wincing your way through an awkward procession of cranberry sauce and political arguments, or just trying to get from here to there in time for turkey, why not launch a new holiday tradition?

Movies set on or around Thanksgiving might not be as common as, say, Christmas movies, but there are still a few gems worth streaming. Well, at least one gem and a few also-rans that might help you get through your particular situation. Find a quiet corner, fight off the turkey sleep, and enjoy.

If I had to whittle this list down to only one entry, it would be an easy call: John Hughes’ Planes, Trains and Automobiles is the definitive Thanksgiving movie, in spite of the actual events of the holiday not being the focus at all. Instead, my favorite Hughes flick of all time focuses on a universal experience: holiday travel. Steve Martin is Neal Page, an advertising executive trying to make it from New York City to his family in Chicago, foiled at every turn by ill luck personified by Del Griffin (John Candy), a jovial, optimistic stranger who Neal just can’t seem to shake during his three-day odyssey across multiple states and forms of transportation.

Like the best of Hughes’ work, the film is hilarious, heart-warming, and keenly insightful. Martin and Candy riff and rile each other wonderfully, and the scene midway through where Neal finally explodes at Del, trying his very best to hurt him, is my favorite thing John Candy ever did, proving he had real acting chops when he wanted to. Planes, Trains and Automobiles is thoroughly rewatchable, endlessly quotable, and might actually make you rethink your kneejerk antipathy towards that talkative guy in the seat next to you during your next plane ride home.  Maybe there’s a reason he’s so desperate for human interaction.

Perfect if: You’re stuck in a terminal somewhere, just trying to get home in time for turkey dinner.

John Hughes sneaks a second entry onto this list with a film he didn’t direct, but did write. A mid-Married…with Children Ed O’Neill stars as Dutch Dooley, a loud-mouthed blue-collar bloke dating a high-class lady named Natalie (JoBeth Williams). After Natalie’s ex cancels his Thanksgiving plans with their son, Dutch volunteers to drive to the kid’s private school in Georgia and bring him home, reasoning it will both impress Natalie and give him a chance to bond with the kid. Unfortunately, the kid proves to be a stuck-up snob just like his dad. Dutch is forced to hog-tie young Doyle (Ethan Embry) to a hockey stick and throw him in the car for a road trip neither of them will soon forget.

Perfect if: You’re dealing with obnoxious children who aren’t your own, or dragging an irritating relative cross-country.

3) Scent of a Woman (Amazon Prime)

Long before he slipped on rubber nipples to play Robin opposite George Clooney’s Batman, a young Chris O’Donnell played Charlie Simms, a young student at a fancy New England prep school who takes a job looking after a retired Army lieutenant colonel over Thanksgiving weekend. The want ad conspicuously leaves out the details that Frank Slade (Al Pacino) is a blind, cranky drunk. Before Charlie can even get his bearings, Frank has dragged him to New York City and announced plans to kill himself at the end of the trip. Is it a joke? Charlie isn’t sure, but one thing that’s clear is that he really should have negotiated his fees better.

Scent of a Woman was based on the Italian novel Darkness and Honey by Giovanni Arpino, and was previously adapted into an Italian film in 1974. The American remake did quite well, earning Pacino a Best Actor Academy Award, with the film also picking up nominations for Best Picture, Best Director, and Best Adapted Screenplay. It also gave us one of the great Pacino scenery-chewing performances of all time. Hoo-hah!

Perfect if: You’re having to work on the holiday and would rather be anywhere else.

4) Son in Law (Hulu with Showtime)

Listen, there aren’t that many streaming Thanksgiving movies to choose from. They can’t all be Oscar winners, buuuuudddyyyyy. In 1993’s Son in Law, Pauly Shore plays a guy nicknamed “Crawl,” and if that alone makes your skin crawl, there’s a chance the filmography of the Weasel is not for you. Crawl is the resident advisor at a coed UCLA dorm, and it’s there that he meets Rebecca (Carla Gugino), a small-town girl from South Dakota who is feeling in over her head and considering returning home. He takes her under his wing and the two bond, and when Thanksgiving break rolls around, she realizes he has nowhere to go and so invites him to her family’s gathering back on the farm.

Things go about as well as you’d expect when one brings Pauly Shore home for the holidays, and Rebecca’s family is put off by the influence the big city—and Crawl—has had on her. Things get decidedly more complicated when Crawl, sensing that Rebecca isn’t happy that her boyfriend Travis is about to propose to her, claims that the two are actually already engaged. Suddenly, the “weird friend our daughter brought home from godless Los Angeles” is transformed into “our little girl’s dipshit hippie future husband.” As you’d imagine, that creates some drama, and Crawl must try to impress his fake future family while figuring out how to get out of the situation. Or figuring out if he even wants to get out of it.

Perfect if: You’re spending the day with in-laws who don’t like you. And you have a high tolerance for Pauly Shore.