The absolute best podcasts about sex

These podcasts tackle sex in a far more explicit and frank way than old media ever could.

Now that I’ve got your attention, please read this listicle.

Golden Age The Simpsons references aside, there’s probably not a more universally fascinating subject than human sexuality. Sports, arts, politics, and religion pale in comparison to sex’s primal pull. That power to intrigue naturally holds every bit as much sway in the realm of podcasts, which are uniquely suited to addressing sexuality in a way that their most obvious predecessors, radio shows, never really could. Freed from the constraints of the FCC and the sensitivities of a broad audience, podcasts about sex can tackle issues in a far more explicit, frank, and honest way than old media ever could.

Finally, while these podcasts are hardly safe for work—unless you work in the most awesome and/or awkward workplace out there, depending on your perspective—they are some combination of educational and entertaining. In other words: not exactly sexy in and of themselves. If you’re looking for something more prurient—like, say, actual erotica—you can find it out there.

Any discussion of sex and relationship podcasts has to start with the Savage Lovecast, the 800-pound gorilla in the room. The long-running podcast—going strong since 2006—from pundit, commentator, editorial director of Seattle’s The Stranger, television host, and author of the Savage Love advice column Dan Savage, routinely tops iTunes’ health chart and is far and away the most popular podcast about sex. There’s a reason for that: Savage’s show is the best there is at what it does. The format is simple: Savage tackles listener-submitted questions about sex, relationships, and sexual politics, with the occasional guest or interview. The magic’s all in the execution.

Savage is witty, erudite, and fun, and his wide listenership means an equally wide variety of questions. And his sex-positive outlook, which is generally inclusive, is by no means universally forgiving: He’s happy to dole out harsh criticism when he considers it justified. You probably won’t always agree with Savage—but then again, he tackles sensitive subjects and Savage shows an impressive ability to engage with listener and reader criticism and admit when he’s dropped the ball.

The Joe Friday of sex podcasts, Kinsey Confidential is (mostly) just the facts, ma’am. Sex podcasts don’t come more quick-and-dirty. Presented by the sex, gender, and reproduction-focused Kinsey Institute at Indiana University, this weekly podcast always clocks in at just a handful of minutes at most. But there’s a lot of info crammed into those brief episodes.

Host Debby Herbenick, a sexual health educator at the institute, usually fields a single question per episode. Where other podcasts with listener-submitted questions—which is nearly every sex podcast—can ramble on at length, Kinsey Confidential provides succinct, specific answers to questions that are generally, but not always, clinical in nature. Herbenick addresses inquiries on topics ranging from sexual satisfaction to sexually transmitted infections.

Some of the topics can be fascinatingly unusual; one listener suffered from “sexsomnia,” a feature of some sleep disorders in which a person masturbates or initiates sex even while sleeping. If anything, Kinsey Confidential could stand to run longer. Despite being a bit a dry, it’s always interesting, and the tone is reliably professional, which is a valuable rarity in the field of sex advice.

Of all the sex podcasts out there, Sex Lives might just be the best at capturing the sheer messiness—but also joy—of sex and sexuality in the modern dating landscape. Hosted by New York writers Maureen O’Connor, a former gossip blogger for Gawker, and David Wallace Wells, who’s written for Newsweek and Harper’s among other, Sex Lives is a discussion and interview show. Each week Wells and O’Connor are joined by at least one guest—usually, but not always, an expert in some aspect of human sexuality—for a frank, generally funny conversation on everything from sperm donation to sex dreams to dating apps to “bionic dongs.” Yes, you read that correctly.

As much as Sex Lives tackles sex itself, it’s at least as concerned with relationships, dating, and the constantly shifting landscape of human sexuality in the 21st Century. In that sense, it’s practically a balm—a constant reminder that everyone else is navigating the same messy, often-delightful-but-often-confusing environment that you are.

Sandra Daugherty’s podcast is part of Chris Hardwick’s ever-expanding Nerdist empire, and much like Hardwick, Daughtery makes for a charismatic, engaged, and almost exhaustingly enthusiastic host. Sex Nerd Sandra is a wide-ranging show that strides across the sex-positive landscape, featuring interviews, commentary, and advice on an expansive cross-section of issues.

Corinne Fisher and Krystyna Hutchinson’s ribald podcast began as, basically, exactly what it sounds like—Fisher and Hutchinson interviewing the guys they’ve hooked up with, in an exploration of sex that was both candid and hilarious. Also known as the comedy duo Sorry Last Night, Fisher and Hutchinson’s show was a valiant middle-finger pointed squarely in the direction of slut-shaming.

From those origins the podcast’s grown a little more expansive, roping in a wide variety of guests to discuss everything from genital mutilation to pornography to all manners of kinks. It’s funny, feminist, and sometimes ridiculous, almost always in the best way. 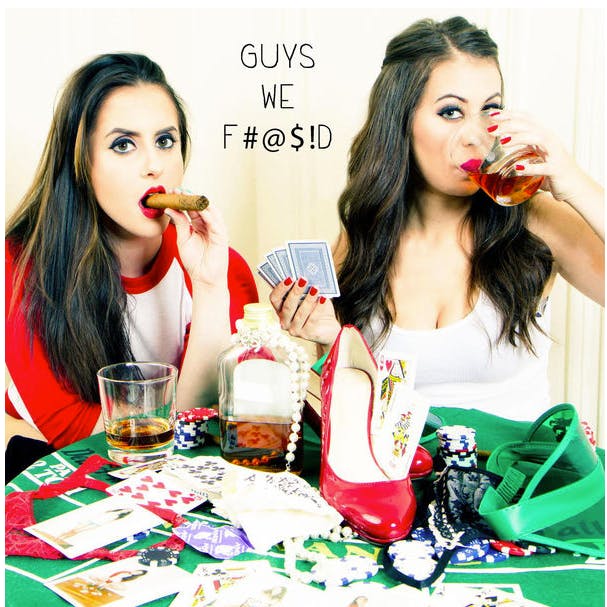 Timaree Schmit holds a Ph.D. in human sexuality studies from Widener University — which houses the first fully accredited doctoral program in human sexuality in the United States — and brings that education to bear in per podcast, which features Schmitt interviewing a wide range of guests from across the spectrum of sexual topics. It’s a clear labor of love for Schmit, who’s a thoughtful, charismatic, and engaged host.

Sex Out Loud with Tristan Taormino